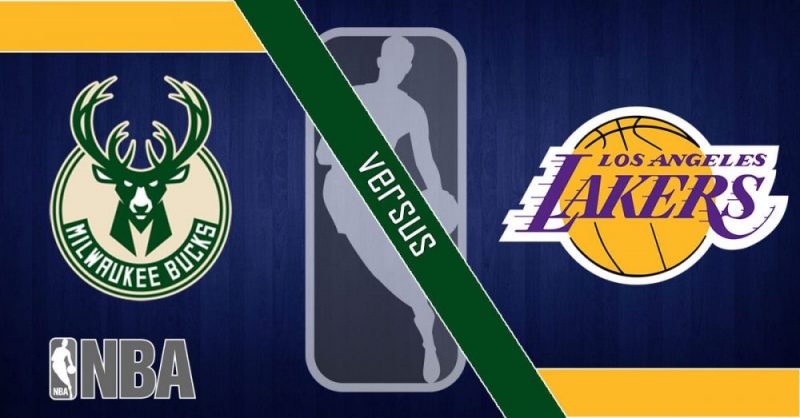 The Milwaukee Bucks will be looking for their fourth straight victory when they take on the Los Angeles Lakers on Tuesday. The Bucks defeated Los Angeles the last time these teams met, winning 109-102 on November 17. This will be the final meeting between these teams this season.

Here you can find the best picks, news, and stats for this interconference battle at the Staples Center. Milwaukee is the favorite at -200. This according to Bookmaker Sportsbook which puts the odds for Los Angeles at +160 as the underdog.

Los Angeles had a four-point lead coming out of the first quarter, but Milwaukee dominated from there, hitting 54.5% of their shots, including 19-38 from three-point range. They also hit 22 of 27 free throws and had 50 rebounds in the game. Giannis Antetokounmpo had 28 points and 10 rebounds as he leads the team at 20.9 points and 11.2 rebounds per game. Bobby Portis also had 24 points and added 11 rebounds.

Lakers Down Knicks in OT

Los Angeles has not been very effective defensively, allowing 112.3 points per game, 26th overall. They are 11th in points per game at 110.9 but this is a terrible free-throw shooting team, 29th overall at 72.9%.

Milwaukee is playing very well and right now and are looking for the Los Angeles sweep should they be able to beat the Lakers. They are winners of seven of their last nine games, while the Lakers are 3-5 in their last eight. They have been in most of these losses, but this team is struggling and barely holding onto one of the remaining final two playoff spots.

The Lakers are struggling to shut opponents down and that feeds right into the Bucks game. Look for Milwaukee to earn a decisive victory especially if either James or Davis or both are unable to go.

The last time these teams met they combined for 211 points. This is why 230 seems surprising to me. While the Lakers rank near the bottom in scoring defense and the Bucks near the top in scoring offense, these teams have played low scoring affairs over the years. In fact, over 220 points have not been scored in a game since March 2019. They have gone under in the last six meetings.

Milwaukee has scored 137in their last two games, doing so on back-to-back nights, which is impressive. However, one key to watch for is if the Bucks are blowing the Lakers out, they are likely to start pulling guys and giving them rest as they have a big matchup against Phoenix on Thursday.