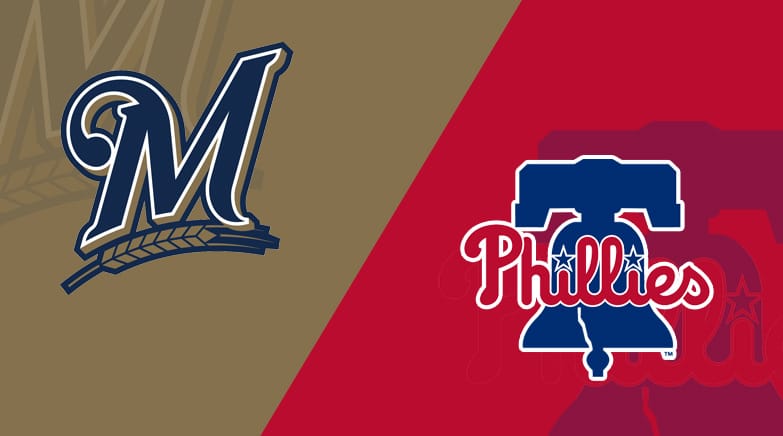 The 2022 MLB season continues Sunday, April 22, with the National League battle at Citizens Bank Park in Philadelphia, so we have prepared the best Brewers vs. Phillies betting pick along with the latest odds update on BetOnline Sportsbook.

Milwaukee and Philadelphia close down their three-game series in Pennsylvania. The Phillies are listed as -151 home favorites, while the Brewers are +139 moneyline underdogs with a total of 8.0 runs.

The Brewers stopped their win streak in the opener

The Milwaukee Brewers fell to 8-6 on the season following a 4-2 defeat at Citizens Bank Park this past Friday. Freddy Peralta threw five innings of a one-run ball, but Aaron Ashby yielded three earned runs in the bottom of the eighth. Milwaukee yielded ten hits in total and recorded only five in a return.

The Phillies need more from their pitching staff

The Philadelphia Phillies improved to 6-8 on the young season with that 4-2 victory over the Brewers. Ranger Suarez allowed one earned run in 4.2 innings of work, while Corey Knebel recorded his third save of the season.

Aaron Nola will take the hill Sunday, and the 28-year-old right-hander is 1-2 with a pedestrian 5.52 ERA and 1.16 WHIP in three starts this season (14.2 frames). After a couple of rough outings, Nola pitched 5.1 innings of a two-run ball at Coors Field in Colorado this past Monday. He’s 4-1 with a 3.05 ERA in eight career starts against Milwaukee.

The current Phillies are only 11-for-54 with a .461 OPS against Eric Lauer, but they’ve been killing it against the lefties so far this season, posting a .312/.397/.544 slash line. The Phillies’ pitching is a problem, but their offense is arguably much better than Milwaukee’s.

I don’t trust the Phillies’ bullpen, but if Aaron Nola produces six strong innings, the hosts should come out on top. The current Brewers are slashing only .240/.309/.333 in 95 at-bats against Nola.

The totals are a tricky wager here. I’m expecting the Phillies to outscore the Brewers, but you never know with Philadelphia’s bullpen. Also, the Brewers will eventually have to break out of their slump at the dish.

The under is 5-1 in Milwaukee’s last six contests, and the Brewers’ bullpen has arguably underperformed thus far despite a solid 3.25 ERA and 3.23 FIP. I lean the over because of the Phillies’ offense and a shaky bullpen.