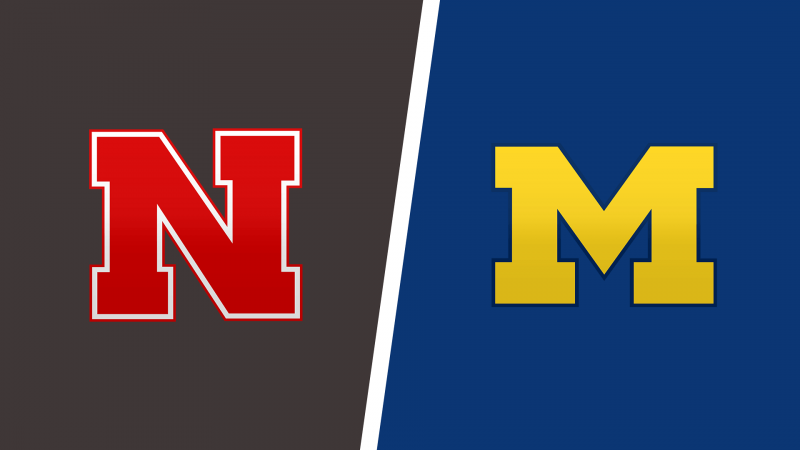 The college basketball betting action continues Tuesday, December 7, 2021, with the Big Ten Conference showdown from Pinnacle Bank Arena in Lincoln, so we bring you the best Michigan vs. Nebraska betting pick and odds.

The Wolverines aim for their sixth straight victory over the Cornhuskers, who have won only one of their previous 14 meetings with Michigan. According to BetOnline Sportsbook, the Wolverines are 6.5-point road favorites with a total of 139.0 points.

The Michigan Wolverines improved to 5-3 SU and 3-5 ATS on the season following a 72-58 home victory to the San Diego State Aztecs this past Saturday. Hunter Dickinson put on a show and posted a 23-point, 14-rebound double-double, while the Wolverines went 11-of-20 from beyond the 3-point line.

Michigan has been unpredictable so far this season, covering the spread just three times in the process. The Wolverines haven’t won two straight games since November 13 and a comfortable 77-49 victory over Prairie View A&M at the neutral site.

Dickinson leads the way for the Wolverines, averaging 14.5 points and 8.4 boards per game, while Eli Brooks adds 14.4 points and 2.9 assists per contest. Michigan is No. 18 in the latest KenPom rankings, and the Wolverines are tallying 111.2 points per 100 possessions (18th in the country) on 46.2% shooting from the field (tied-97th).

Nebraska lost two in a row

The previous week was tough for the Nebraska Cornhuskers (5-4; 4-5 ATS), who suffered a couple of losses at NC State 104-100 in quadruple overtime and Indiana 68-55. The Huskers couldn’t recover from that painful defeat to the Wolfpack, so they didn’t stand a chance against the Hoosiers’ sturdy defense.

Nebraska shot only 37.7% from the field and 22.7% from downtown against Indiana. The Cornhuskers trailed by as many as 15 points and eventually failed to cover an 11.5-point spread. Alonzo Verge Jr. led the way for the Huskers with 15 points, five boards, and three assists, but he also had six turnovers.

The Cornhuskers prefer to play at a fast pace, but their offensive execution is far away from an elite one. We saw them struggling mightily to cope with the Hoosiers’ defense, and I expect to see more of the same against the Wolverines.

On the other side of the ball, the Huskers will have huge problems slowing down Hunter Dickinson at the low post. Michigan likes to take things slowly, so I’m backing the Wolverines to establish their style of play and beat Nebraska by seven or more points.

Six of the Wolverines’ last seven games have gone under the total. Also, the previous two encounters between Michigan and Nebraska have gone in the under, but neither of those two tilts has produced fewer than 140 points in total.

The Cornhuskers will try to speed up things and score some easy baskets in transition. The over is 4-2 in their previous six outings at any location. However, Nebraska should struggle defensively in this matchup, so I’m backing the over on the totals.