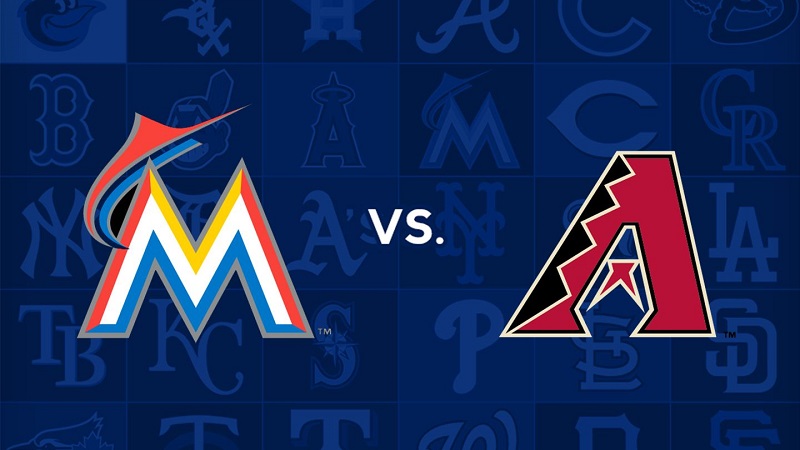 After we had just five MLB games to choose from on Monday because of a postponement in Denver, we are back to a full card on Tuesday. That means a lot of different options on the betting board for baseball enthusiasts.

How about we head to Chase Field, where the Miami Marlins and the Arizona Diamondbacks will square off in the second game of a four-game series in the desert. Pablo Lopez starts for the Marlins and Madison Bumgarner starts for the Diamondbacks with -115 both ways at Bookmaker Sportsbook. The total on the game was 8 on the overnights, but was been bet down to 7.5. It has bounced back and forth a bit since.

Let’s take a look at this one from both sides and try to find a play on the game.

The Marlins are finding ways to make it work. Miami entered play on Monday as the only team in the NL East with a positive run differential. They really only have three starting pitchers at this point in time. Sixto Sanchez was expected to be one of them, but he’s been injured. Paul Campbell was suspended 80 games for a banned substance. Elieser Hernandez is out with bicep tendonitis.

So, the pitching cupboard is pretty bare for the Marlins, who used Jordan Holloway and Luis Madero in something of a piggyback on Monday. Fortunately, those three remaining starters are Pablo Lopez, Sandy Alcantara, and Trevor Rogers. Lopez is the one that gets the call on Monday.

The right-hander has been brilliant this season with a 2.04 ERA and a 3.13 FIP in his 39.2 innings of work. He’s struck out over a batter per inning and has maintained his excellent control and the improved command that we saw from him in 2020. Lopez allowed only four homers in 57.1 innings last season. He’s allowed three in 39.2 this season, but he’s got a .272 BABIP against and the low walk rate, so home runs aren’t going to be nearly as hurtful for him as they might be for somebody else.

Lopez just threw five innings against the Diamondbacks on May 6 with no earned runs on three hits. He struck out six and walked a couple. This will be his fourth road start of the season. Marlins Park is very forgiving, even with the use of a humidor beginning with this start. Lopez’s worst start was a six-run effort on the road at Atlanta, so we’ll see if he can have the same success at Chase Field that he’s had in five of his other six starts.

The Miami offense is below average as a whole. The Fish entered play on Monday 24th in wOBA at .295. However, the Marlins entered Monday’s game 14th in batting average and 17th in wOBA against lefties. They were just above the league average in wRC+ at 102. This has been easily the better split for them and Bumgarner is a lefty.

Madison Bumgarner allowed 17 runs on 22 hits in his first three starts of the season. Things were dire to say the least. He had struck out 15 in his 13.2 innings of work, but had also walked eight. Then, something changed. Bumgarner’s last four starts have been masterful, as he’s allowed just three runs on eight hits in 23 innings of work. That run also includes a seven-inning no-hitter. He’s struck out 25 and walked just two.

Is this the new and improved Bumgarner that we can expect to see going forward? The one that allowed one run on two hits with seven strikeouts over six innings when he matched up with Lopez last week? It sure seems like he’s figured some things out, as the velocity has gone up and the bite on his slider has returned.

Arizona has pummeled lefties this season. The Diamondbacks went into Monday’s action leading in the league in wOBA against LHP. Just one problem, though. Pablo Lopez is a righty. Arizona has not fared nearly as well in that split, as the Diamondbacks rank 17th in wOBA at .301 and 23rd in wRC+. For all of the success that they’ve had against southpaws, they’ve balanced it out by being a below average offense against righties.

Another potential deciding factor in this game could be the bullpens. Arizona’s bullpen ranks 27th by FIP and 26th in ERA. Miami’s, meanwhile, ranks seventh in ERA and just inside the top 10 in FIP.

The Marlins appear set up nicely in this game to bet at your favorite Online sportsbook. They have the luxury of facing a pitcher with their better offensive split and also have the better bullpen in the event that this is a close game. It looks like it could be, but Lopez has more upside than Bumgarner, even with the recent returns from the veteran southpaw, and the Marlins are trending in the right direction, while the Diamondbacks are not.