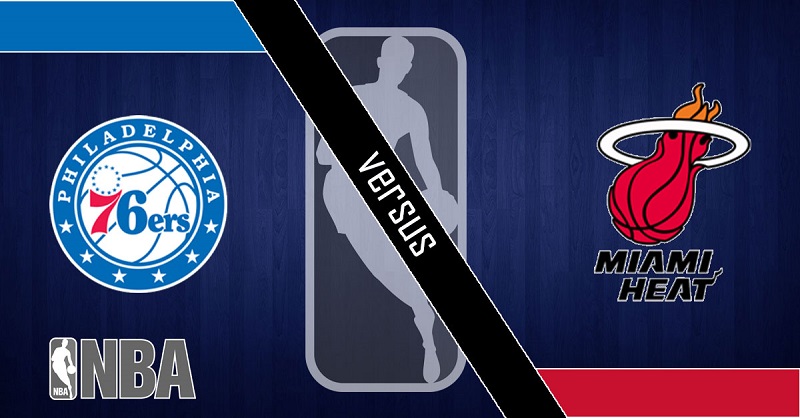 The 2022 NBA Playoffs betting action continues Sunday, May 8, with Game 4 of the Eastern Conference semifinal series between Miami and Philadelphia, so we bring you the best Heat vs. 76ers betting pick and odds.

According to BetDSI Sportsbook, the 76ers are slight 1.5-point favorites at home. The Heat, who lead 2-1, are listed as +110 moneyline underdogs, while the totals sit at 207.5 points.

Miami had a terrible night at Wells Fargo Center

The Heat were listed as small 1-point road dogs last Friday. They had an awful shooting night, making only 35.1% of their field goals and 23.3% of their 3-pointers (7-for-30). Miami scored only 34 points in the first half and 14 in the fourth quarter.

Jimmy Butler led the charge for the Heat with 33 points and nine rebounds, but the rest of the team didn’t help a lot. The other four members of Miami’s starting lineup combined for a paltry 22 points, while Tyler Herro added 14 points off the bench. Kyle Lowry finished scoreless in 25 minutes on the floor, and the veteran PG is questionable for Game 4 due to a hamstring injury.

Philadelphia dominated the Heat in Game 3

The Philadelphia 76ers couldn’t cope with the Miami Heat through their first two encounters of this series, but they were excellent in Joel Embiid’s return to the lineup. Embiid sat out both contests in Florida due to a concussion and orbital fracture.

Joel is still dealing with a thumb injury, but he’ll play through it for the rest of the postseason. Embiid had 18 points and 11 rebounds in 36 minutes on the floor last Friday, while Tyrese Maxey and Danny Green scored 21 points apiece. The Sixers shot 47.8% from the field and 48.5% from beyond the arc (16-for-33).

James Harden scored 17 points in Game 3 to go with eight rebounds, six assists, and seven turnovers. He’s struggled through the semifinals, averaging 17.7 points, 7.0 rebounds, 6.7 assists, and 5.0 turnovers a night while making only 38.5% of his field goals and 21.1% of his 3-pointers.

None of the previous three meetings between Miami and Philadelphia has been decided by a single-digit margin, and I’m expecting to see a tight, hard-fought battle this time around. The Heat can only play better than they did in Game 3, while the Sixers will look to stay on the right track following Embiid’s return from an injury.

If you want to take the risk, go with Any Team to Win by 5 or Fewer Points at +185 odds. Both teams have plenty of dangerous weapons. Miami will certainly make some changes and try to adapt to the Sixers’ style of play with Embiid on the floor, so this clash should be really close down the stretch. I lean the 76ers because of their home-court advantage.

The 207.5-point line is a tricky one, and I’ll go with the under because the Heat and 76ers have registered 92.3 possessions per 48 minutes so far this series. They should continue to play at a slow pace, but I wouldn’t be surprised if we see a lot of free throws late in the fourth quarter which would help the over backers.

The under is 6-2 in Philadelphia’s last eight outings, and it is 7-1 in Miami’s previous eight. Also, six of the last eight encounters between the Heat and Sixers have gone under the total.