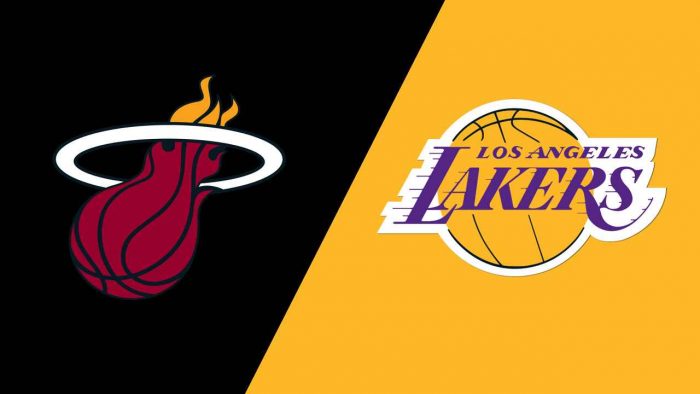 Week 4 of the 2021 NBA season goes on Wednesday, November 10, with 13 games around the league, including the rematch of the 2020 NBA Finals, so we’ve prepared the best Heat vs. Lakers betting pick and odds.

The Heat head to Staples Center in LA as 4-point road favorites on BetOnline Sportsbook, while the totals sit at 214.5 points. Miami still misses Victor Oladipo (knee), while Markieff Morris (neck) is questionable to play against the Lakers, who cannot count on LeBron James (abdomen), Kendrick Nunn (knee), and Talen Horton-Tucker (thumb).

The Heat hope to bounce back

The Miami Heat (7-3; 7-3 ATS) opened a five-game road trip with a heavy 113-96 defeat at the Denver Nuggets this past Monday. It was their second loss in the last three outings, and the Heat just couldn’t get anything going in Colorado. They shot only 39.7% from the field, scoring a paltry 26 points in the paint while allowing 28 assists and 12 offensive rebounds.

Jimmy Butler continues to lead the way for Miami. He had 31 points and eight assists last Monday, so he’s now averaging 25.3 points, 6.0 rebounds, and 5.5 dimes a night while shooting 53.0% from the field.

The Lakers needed overtime to snap their two-game skid

The Los Angeles Lakers (6-5; 3-8 ATS) are coming off a 126-123 overtime victory to the Charlotte Hornets last Monday. They stopped a two-game slide, but it was another shaky performance by the LeBron-less Lakers, as they nearly blew a 14-point fourth-quarter lead.

Anthony Davis led the charge for Los Angeles, posting a tremendous line of 32 points, 12 rebounds, four assists, five blocks, and three steals. Russell Westbrook recorded a triple-double with 17 points, 14 dimes, and 12 boards but went only 5-for-15 from the field.

I like Miami’s spot following that heavy loss at Denver. The Heat will be fired up to bounce back and outlast the Lakers, who beat them in the 2020 NBA Finals. On the other side, the Lakers are coming off thrilling overtime against Charlotte, missing their best player.

Los Angeles has a lot of new faces on its roster, and the Lakers are struggling to gel things without LeBron James in the lineup. Hereof, I’m going with the visitors to win and cover. If they slow down Anthony Davis, the Heat should cover a 4-point spread.

I’m not expecting an up-tempo clash, as Los Angeles shouldn’t force things against one of the best defensive teams in the league. The Lakers are capable of playing tough defense, too, so give me the under on the totals.