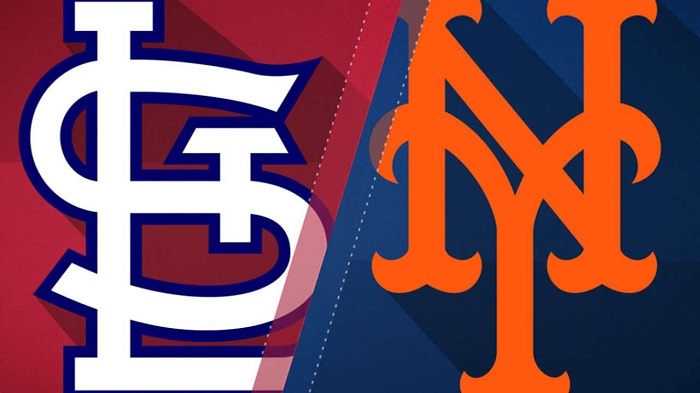 Jacob deGrom was scratched from his scheduled start on Tuesday with what was termed “right side tightness”. The real injury is to deGrom’s back, for carrying the Mets through the early part of the season and the entire last three seasons.

Fortunately, the Mets didn’t have to play without deGrom, as the game was rained out, but Marcus Stroman was there to answer the call if needed. The man known as Stro will now face the St. Louis Cardinals in Game 1 of the doubleheader, The Cardinals are countering with Kwang Hyun Kim in the first game.

This game is lined pretty closely both ways with a total of 5.5 at BetOnline Sportsbook. St. Louis opened an overnight favorite for the full-game line and remained that way for the Game 1 line, which will be a seven-inning doubleheader.

The Mets are a team that has a great chance of breaking out in the near future. New York is off to a very slow offensive start, due in large part to a complete lack of hitting with runners in scoring position. The Mets entered play on Tuesday 28th in batting average with RISP. One of the biggest culprits has been the subject of boos, as Francisco Lindor entered Tuesday’s game just 1-for-18 with a man in scoring position.

The Mets are also one of three teams with more strikeouts than RBI with RISP. Situational hitting is the main deciding factor in games this season. This depressed offensive environment with fewer home runs and less carry has basically turned the games into a hitting contest with runners in scoring position. The Mets have not won most of those battles, so they have limped out to a .500ish start.

If you look at the Mets pitching staff, you’ll see that the bad luck that has befallen the lineup is contagious. They’ve been in the bottom five in wOBA against and batting average against when the opposition has men in scoring position. This is a concept called Cluster Luck, explained thoroughly in Joe Peta’s book Trading Bases. The reality is that when these two things normalize for the Mets, and they should, this is a team that could take off in what has been a pedestrian NL East thus far.

With any luck for Stroman, it will happen on Wednesday. Stroman, who was pulled after just five innings in his last start, had struck out eight and allowed a couple of unearned runs. A nagging hamstring was said to be the problem, but Stroman seems fine, given that he volunteered to start in deGrom’s place on Tuesday.

Stroman has a 1.84 ERA with a 2.70 FIP in his 29.1 innings of work. He’s struck out 23 and walked six with his usual high ground ball rate and outstanding command. He has not allowed a home run since his first start of the season. The Mets have converted a lot of balls in play into outs for him and they’ll need to continue doing that until the bats arrive.

Kwang Hyun Kim will make his fourth start of the season for St. Louis in this one. He’s allowed five runs on 17 hits in 13.2 innings with 16 strikeouts against just one walk and one hit by pitch. The KBO import was signed after a long and successful career with SK Wyverns in Korea. He, unfortunately, was left to deal with COVID-19 and his first season in a new country during a tumultuous 2020 season.

Kim had a 1.62 ERA with a 3.88 FIP in his first year. He had a .217 BABIP against and an 86.6% LOB%, so he would have been a pretty big regression candidate had the season kept going. This season, Kim has a .400 BABIP against through his three starts with a 79.5% LOB%. Kim has already allowed seven barreled balls, two more than he allowed in 25.1 more innings last season.

The command profile hasn’t been overly sharp, but the low walk rate and St. Louis’s defense have allowed him to outperform his expectations to this point. The question for Kim, who was a pretty high K% guy by KBO standards, is whether or not his MLB strikeout increase is here to stay. His SwStr% has jumped from 7.3% to 13.5%, which is a good sign of sustainability, but I’m still not fully buying it.

The Cardinals, once again, rank in the bottom half of the league offensively, but things are not quite as bad as they were last season. Nolan Arenado has been a fine addition in the batter’s box and in the field and Yadier Molina is having a big offensive year to this point. The Cardinals are just doing what they do year in and year out with a bunch of average or better players that comprise a solid roster.

The big worry that I have here is that Kim strikes me as a regression candidate. He’s probably better than I give him credit for and his KBO numbers are maybe translating a little bit better. The new MLB ball plays a lot more like a KBO ball as well, with the increased drag and not nearly as much carry. It could allow him to have more success than I anticipated.

However, Stroman has a lot of upside himself and the Mets offense is going to break out here soon. It could really only take one big hit to take the top off of this offense and loosen everybody up a bit. With Stroman leading the charge a day after best-pitcher-on-the-planet Jacob deGrom got hurt, I expect the Mets to prevail.