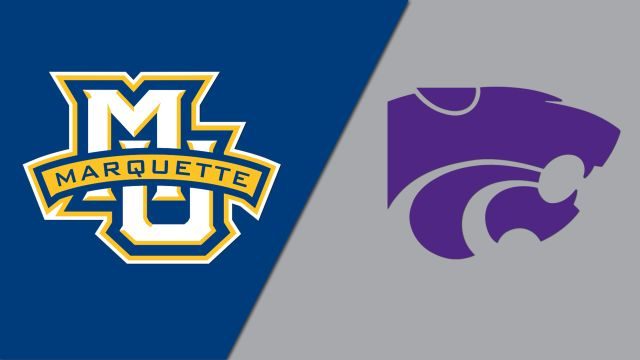 The 2021-22 college basketball season continues Wednesday, December 8, with the non-conference showdown at Bramlage Coliseum in Manhattan, Kansas, so we have prepared the best Marquette vs. Kansas State betting pick and odds.

The Wildcats are small home favorites on Bovada Sportsbook, searching for their first win over Marquette since 1988. Over their previous two encounters in 2018 and 2019, the Golden Eagles have gone 2-0 straight up and ATS against Kansas State.

After a couple of home wins to Northern Illinois 80-66 and Jackson State 83-54, the Marquette Golden Eagles fell to 7-2 SU and 4-5 ATS on the season with an 89-76 defeat at Wisconsin this past Saturday. Their defense collapsed in the second half, so the Badgers finished with 50.8% shooting from the field and 41.7% from beyond the arc.

After a pair of straight losses to the top-25 teams, Arkansas and Illinois, in November, the Kansas State Wildcats (5-2; 4-3 ATS) have won three games in a row. During that stretch, the Wildcats have beaten North Dakota 84-42, Albany 71-43, and Wichita State 65-59, covering the spread on all three occasions.

Last Sunday, the Wildcats outlasted the Shockers as 5.5-point home favorites. They played excellent defense, forcing 14 turnovers and allowing Wichita State to make only 35.2% of its field goals and 21.7% of its 3-pointers.

The Golden Eagles have a lot of new guys on their roster, while the Wildcats are in a completely different situation. Hereof, I would lean on Kansas State’s defense to make the difference in this matchup.

The Golden Eagles have been pretty unpredictable since the start of the season. They’ve recorded a couple of nice wins over Illinois and West Virginia, but that heavy loss at Wisconsin has shown a lot of flaws in Marquette’s game. On paper, the Golden Eagles look like a very talented team, but they’ll have a tough job against this hard-working Kansas State team.