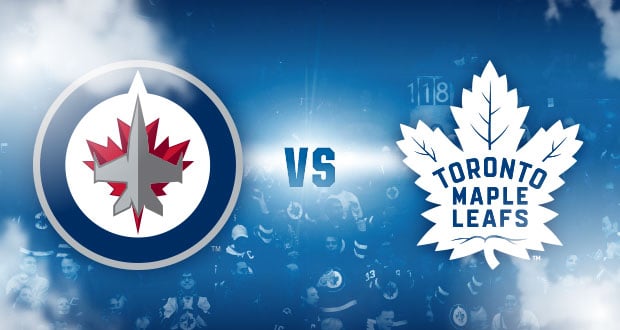 Figuring out which game to preview in the NHL on Friday is pretty easy. There is only one game and it will feature the Toronto Maple Leafs and the Winnipeg Jets. Neither team has anything to play for here. Toronto has already locked up the top spot in the North Division and the Jets will be the third seed and face Edmonton in the first round.

These games with nothing on the line are really challenging handicaps. With a standalone road game and nothing of great importance to play for, it’s fair to wonder if guys like Auston Matthews even make the trip for this one. It is much more important to avoid injury and also get ready for the Oilers.

Toronto is still a big favorite in the betting markets of around -155 at BetOnline Sportsbook with a total of 5.5. Let’s see if we can sort through everything here and find a play.

One thing we do know about this game is that both started goaltenders are slated to get the call. That means Jack Campbell for the Maple Leafs in his last playoff tune-up. Campbell is having a magnificent season for the Maple Leafs with a 17-2-2 record, a 2.11 GAA, and a .923 SV%. Toronto may not have been in dire need of goaltending with Frederik Andersen, but with a shoddy defense over the last few seasons, Campbell’s play has been nothing short of terrific.

One thing that has to excite Toronto here is that they won’t play the Jets in the first round. Winnipeg could be dangerous with some top-end scoring and Connor Hellebuyck. Instead, Toronto draws a Montreal team that has not had much success against the Leafs during the regular season.

The Maple Leafs cannot help who they have played this season. The schedule wasn’t their idea. However, it should come as no surprise that Toronto is +38 in goal differential at 5-v-5. Winnipeg is +7 in that department. The Maple Leafs have leaned hard on Auston Matthews and their other scorers, but the fact is that Toronto is just so much better than six of the seven teams in this division.

That includes the Jets, though, as Toronto has won six of the nine head-to-head meetings this season.

The Jets could be a dangerous team for the Oilers in the playoffs if we see the Connor Hellebuyck that we saw last season. This year’s version hasn’t been bad either, posting a 2.60 GAA with a .915 SV%. Hellebuyck has really been a workhorse throughout his career and especially of late, so it isn’t a huge surprise to see him between the pipes to stay sharp here.

As the latter part of the season shook out in the North Division, it was pretty clear that the Jets were going to make the playoffs, but they have not played like a playoff team of late. Winnipeg just snapped an eight-game losing streak with a win over Vancouver that assured the #3 seed in the division and a matchup with the Oilers.

Hellebuyck hit a bit of a wall in April with a GAA over 3 and a SV% under .900, so it would have made some sense to give him a day off on the last day of the regular season for the Jets, but he’s coming off of a shutout and seemingly wants to stay sharp.

Will the Jets rest some players here? There aren’t a whole lot of personal accolades to shoot for in this game. Players like to go for round numbers to make their free agent cases look better, but the Jets haven’t really had any dominant scoring threats this season. We could see watered-down rosters on both sides here.

We may be missing some scorers here, but maybe also some of the better defensemen on the roster. At least we have two really good goaltenders here. This should be a game played with a running clock. The coaches will be rotating all four lines all game and it seems like both sides should just want to get in and get out and get ready for the games that matter. That looks like the recipe for an under to me.