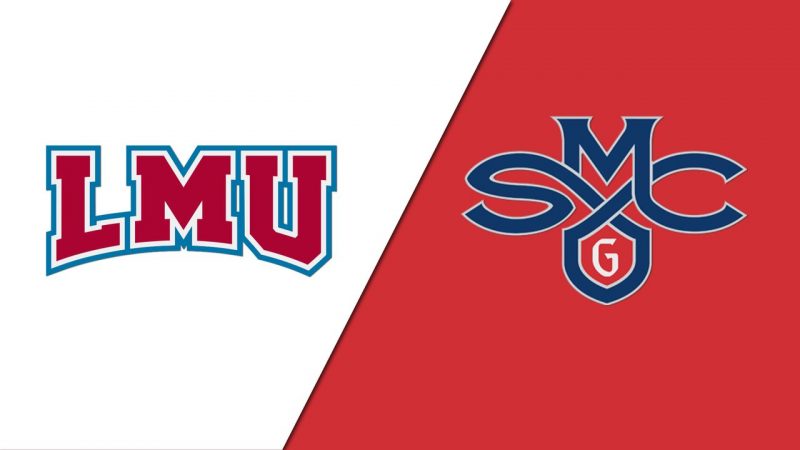 The 2021-2022 CBB season continues Saturday, February 5, with the West Coast Conference showdown at University Credit Union Pavilion in Moraga, California, so we bring you the best Loyola Marymount vs. Saint Mary’s betting pick and odds.

The Lions face off against the Gaels for the second time this season. Back on January 22, Saint Mary’s dismantled Loyola Marymount 83-51 as 7-point road favorites with a total of 127.0 points on MyBookie Sportsbook. The Gaels are firm double-digit favorites for this one at home, so let’s take a closer look.

The Loyola Marymount Lions (9-11; 6-13 ATS) are coming off a heavy 79-60 defeat at the Santa Clara Broncos this past Thursday. Stan Johnson’s boys extended their losing streak to four games, recording the fifth consecutive ATS defeat.

The Lions didn’t stand a chance of upsetting the odds against Santa Clara. They fell apart down the stretch, allowing the Broncos to score 44 second-half points. On the other side of the ball, the Lions made only 37.9% of their field goals and 28.0% of their triples (7-for-25).

Loyola Marymount fell to 2-6 in the conference play. The Lions are No. 207 in the latest NCAA NET Rankings and No. 192 in the KenPom rankings. Their defense has been a big issue all season long, as the Lions surrender 104.6 points per 100 possessions (217th in the country) on 46.3% shooting from the field (329th).

The Saint Mary’s Gaels improved to 18-4 straight up and 14-6-1 ATS on the season following a 75-54 thrashing of the Portland Pilots this past Thursday. Playing as 14.5-point home favorites, the Gaels covered for the fourth straight contest, outscoring the Pilots by 15 points in the second half.

Saint Mary’s sits at the second spot of the West Coast Conference standings with a 6-1 record. The Gaels score 109.4 points per 100 possessions (64th in the nation) and surrender only 89.7 in a return (13th). They are No. 22 in the NCAA NET Rankings and No. 20 in the KenPom rankings.

I won’t overthink this matchup. Just a couple of weeks ago, the Gaels hammered the Lions on the road, 83-51, so I’m backing them to cover on the home court as well. Also, the Gaels have owned the Lions over the last ten years, winning their previous 19 encounters.

Saint Mary’s is 12-4 ATS in its last 16 games against Loyola Marymount. The Gaels are one of the best defensive units in the country, so they shouldn’t have too many problems covering a huge spread.

I’ve mentioned the Gaels’ excellent defensive rating. They allow only five triples per game (10th in the country) on 15.4 attempts (4th). The Gaels have yielded 57 or fewer points in three of their previous four showings, so I’m going with the under.

The Lions’ D is a problem in this matchup. Hopefully, they’ll improve this time around. The Lions average just 66.3 possessions per 40 minutes (239th in the country), while the Gaels register only 63.8 (335th).