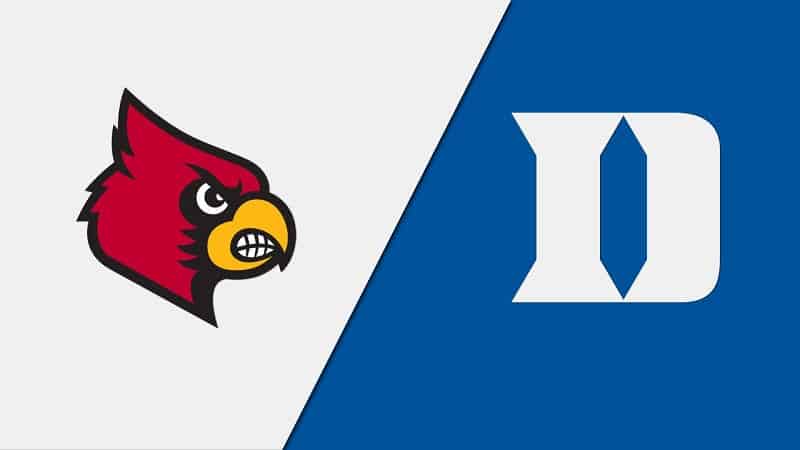 Week 12 of the 2021 college football season continues Thursday night with the Atlantic Coast Conference battle from Wallace Wade Stadium in Durham, North Carolina, so we bring you the best Louisville vs. Duke betting pick and odds.

The Cardinals meet the Blue Devils for the first time since 2016, searching for their third straight win over Duke. Louisville is listed as a huge 19.5-point fave on MyBookie Sportsbook, while the totals are set at 60.5 points.

The Cardinals hammered Syracuse to snap their two-game skid

The Louisville Cardinals improved to 5-5 straight up and ATS on the season following a 41-3 thrashing of the Syracuse Orange this past Saturday. They completely shut down the Orange’s offense to stop a two-game slide, allowing a paltry 184 total yards and 3.5 per carry.

On the other side of the ball, the Cardinals posted 32 carries for 163 yards, while junior signal-caller Malik Cunningham completed 13 of his 18 passing attempts for 209 yards and four touchdowns. Freshman wideout Ahmari Huggins-Bruce had six catches for 54 yards and a couple of touchdowns, whilst sophomore WR Tyler Harrell and freshman WR Jordan Watkins combined for five receptions, 132 yards, and two touchdowns.

The Duke Blue Devils (3-7; 4-6 ATS) are on a six-game losing streak following a 48-17 defeat at the Virginia Tech Hokies in Week 11. It was another lousy performance by the Blue Devils and another heavy defeat, as Duke has lost five of its previous six contests by 25 or more points.

The Blue Devils racked up 343 all-purpose yards against the Hokies and surrendered 573 in a return. Virginia Tech averaged a whopping 7.2 yards per rush, while the Blue Devils posted 49 totes for 196 yards.

The Blue Devils have been awful since Week 5 and a 38-7 defeat at North Carolina. Their defense has been horrible, surrendering 500.1 total yards per game, enough for the second-most in the country. Also, the Blue Devils own the seventh-highest scoring defense in the country, yielding 36.8 points per contest.

Duke’s passing D is the second-worst in the country, so Mike Cunningham could have another big game after dominating Syracuse last weekend. Hereof, give me the visitors and points.

The under is 4-1 in Louisville’s last five outings, and it is 4-2 in Duke’s previous six showings at any location. I will ride these betting trends because Louisville’s defense has improved lately, and none of the Cardinals’ last four games has produced more than 54 points in total.

I’ve mentioned how bad the Blue Devils’ offense has been in the last few weeks. Hopefully, their defense will show some pride in this one at home and help the game stay under the 60.5-point total.