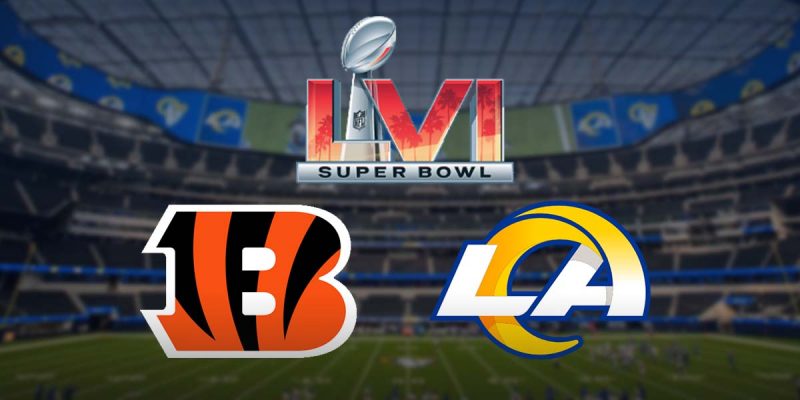 The Super Bowl LVI is set for Sunday, February 13, at SoFi Stadium in Inglewood, California, with the kick-off at 6:30 PM ET, so we bring you the best Rams vs. Bengals betting pick along with the latest odds update on Bookmaker Sportsbook.

Los Angeles and Cincinnati lock horns for the first time since 2019 when the Rams beat the Bengals 24-10 as 12-point favorites. This time around, the Rams are 4.5-point favorites with a total of 48.5 points. Los Angeles made it to the Super Bowl for the second time in four years, while Cincinnati hasn’t been on the biggest stage since 1988.

The Rams overcame a 10-point deficit on Championship Sunday

The Los Angeles Rams (15-5; 10-10 ATS) survived another thriller last Sunday, outlasting the San Francisco 49ers 20-17 as 3.5-point home favorites in the NFC Championship Game. After nearly blowing a 24-point lead in the divisional round, the Rams overcame a 10-point deficit against the Niners on the back of their defense.

Los Angeles shut down San Francisco in the fourth quarter. On the other side of the ball, the Rams scored 13 points through the final 15 minutes, including Matt Gay’s game-winning field goal with 1:46 left on the clock. Cooper Kupp led the way for the Rams with 11 receptions for 142 yards and a couple of touchdowns, while Matthew Stafford went 31-of-45 for 337 yards, two touchdowns, and an interception.

The Rams have some injury worries ahead of the Super Bowl LVI. Taylor Rapp is in the concussion protocol; Tyler Higbee and Van Jefferson are struggling with a knee injury, while Cam Akers is dealing with a shoulder injury.

The Bengals stunned the Chiefs to reach the Super Bowl LVI

The Cincinnati Bengals (13-7; 13-7 ATS) are coming off a surprising 27-24 overtime victory at the Kansas City Chiefs this past Sunday. After stunning the No. 1 seed in the AFC in the divisional round, the Bengals overcame an 11-point deficit from halftime against the reigning AFC champs to surprise the odds as 7-point road underdogs.

Cincinnati struggled mightily in the first half against the Chiefs, but the Bengals stepped up in the second half, especially on the defensive end. They sacked Patrick Mahomes four times, allowing the Chiefs to score just three points since the break. Furthermore, the Bengals picked off Mahomes on the first drive in overtime, allowing their kicker Evan McPherson to hit the game-winning FG.

Tee Higgins led the charge for Cincy on Championship Sunday, tallying six receptions for 103 yards. Joe Mixon had 21 carries for 88 yards, while Joe Burrow went 23-of-38 for 250 yards, a couple of touchdowns, and an interception. Tight end C.J. Uzomah suffered an MCL sprain, and he’s questionable to play against the Rams.

The Rams are playing on the home field, which should be an important factor even though the Bengals will have strong support from the stands, too. Los Angeles possesses more experience than Cincinnati, so I’m backing the Rams to win Super Bowl LVI and cover a 4.5-point spread.

The Bengals have played above all expectations all season long. They certainly own enough firepower to keep it close and make this clash very interesting to watch, but I’m expecting Aaron Donald and the Rams’ front seven to make the difference down the stretch. If you’re satisfied with slightly lower wages, take the Rams as 2.5-point favorites. The Super Bowl LVI could be easily decided by a field goal.

Both Los Angeles and Cincinnati are capable of playing tough defense, but they can also gain 75 yards in a minute. Matthew Stafford has done it many times during his career, while Joe Burrow has proved he’s a top-notch signal-caller in his second season already.

Hereof, I’m backing the over on the totals. If we get a tight battle in the fourth quarter, both teams could easily score a TD in crunch time. Also, don’t be surprised by another overtime in the 2022 NFL Playoffs.