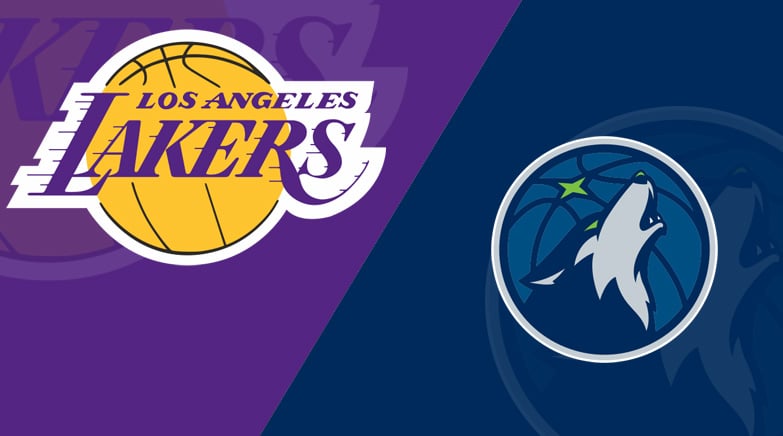 The NBA betting action goes on Friday, December 17, with eight games around the league, including the Western Conference showdown at Target Center in Minneapolis, so we’ve prepared the best Lakers vs. Timberwolves betting pick and odds.

Los Angeles and Minnesota continue their four-game regular-season series with Game 2. Back on November 12, the Timberwolves hammered the Lakers 107-83 as 2-point road underdogs. Minnesota is a 1.5-point home fave for Friday’s clash, while the totals sit at 224.0 points on MyBookie Sportsbook.

The Los Angeles Lakers (16-13; 11-18 ATS) are riding a three-game winning streak following a 107-104 overtime victory at the Dallas Mavericks this past Wednesday. LeBron James topped the Lakers’ scoring chart for the third straight game with 24 points on 9-for-19 shooting from the field. Anthony Davis had a 20-point, 12-rebound double-double, while Russell Westbrook added 23 points, 10 boards, and nine assists.

The Timberwolves smashed Denver for their second straight win

The Minnesota Timberwolves (13-15; 13-15 ATS) are coming off a nice 124-107 victory at the Denver Nuggets this past Wednesday. Playing as 4-point road underdogs, the T-Wolves dominated the Nuggets from start to finish and led by as many as 23 points. Anthony Edwards accounted for 38 points and ten triples, while Karl-Anthony Towns added 32 points on a 12-for-18 shooting from the field.

Minnesota has dropped five of its previous seven contests, allowing 16.7 fast-break points per game in the process (29th in the NBA). The Timberwolves have made only 42.1% of their field goals in that span (also 29th), showing how poor offensive execution often leads to bad transition defense.

The Lakers have improved offensively over the last few weeks, while their defense has been solid all season. Los Angeles has allowed 104 or fewer points in five of its previous seven outings, and I’m expecting the Lakers to continue with a strong defensive performance.

If they slow down Karl-Anthony Towns and Anthony Edwards, the Lakers will win this game. Keep in mind they missed LeBron James in that heavy loss to the Timberwolves in November. This time around, the Lakers have some COVID-19 issues, but all their key guys are ready to go.

Both Los Angeles and Minnesota prefer to play at a fast pace, so I’m going with the over despite the Lakers’ stout defense. The Timberwolves are not a bad defensive team either, but we should see both teams trying to speed up things and score in transition.

The Lakers average 100.6 possessions per 48 minutes (2nd in the NBA), while the T-Wolves register 99.3 (7th). The under 5-0 in the Lakers’ last five outings, but the over is 5-0 in the Timberwolves’ previous five games overall and 5-1 in Minnesota’s last six showings at home.