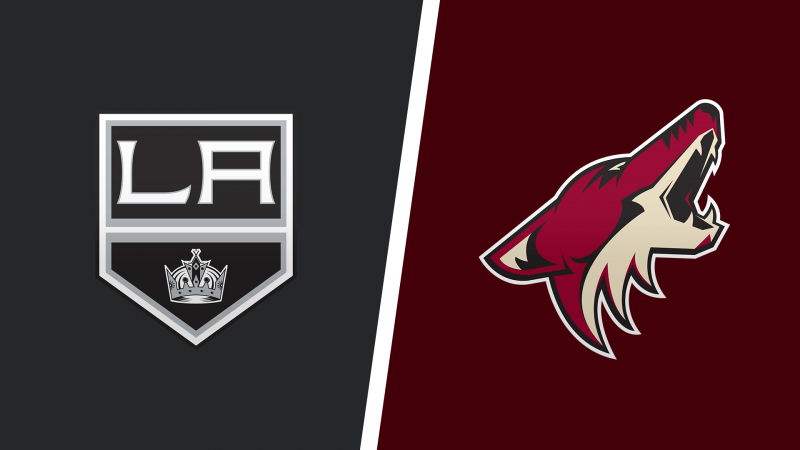 The 2021-22 NHL season goes on with a five-game Wednesday card, so we are taking a closer look at the Western Conference showdown at Gila River Arena to get you the best Kings vs. Coyotes betting pick and odds.

Los Angeles and Arizona wrap up their three-game regular-season set after splitting their first two encounters in 2021-22. The Kings are listed as firm -215 moneyline favorites, while the totals sit at 5.5 goals on BetDSI Sportsbook.

The Los Angeles Kings (26-17-7) are coming off a 5-3 road victory over the Arizona Coyotes this past Saturday. It was their second win in a row and fourth in their previous five outings at any location, as the Kings continue to fight for the playoff spot. They are tied with Edmonton for the No. 7 seed in the West.

The Yotes beat Dallas to stop their two-game slide

The Arizona Coyotes (13-33-4) are coming off a 3-1 home victory to the Dallas Stars this past Sunday. It was their second win in the last six outings at any location, as the Coyotes upset the odds as +215 underdogs.

Arizona put an end to the Stars’ six-game road winning streak mostly thanks to Scott Wedgewood, who went off for 32 saves. Lawson Crouse, Nick Schmaltz, and Clayton Keller all found the back of the net, while Schmaltz also posted a couple of assists.

The Kings cannot afford a loss to the lowly Coyotes. If they want to make it to the postseason for the first time in four years, the Kings have to win games like this one. Hereof, I’m backing the visitors at moneyline odds.

Los Angeles has failed to cover the puckline in four of their previous six victories. On paper, the Kings are a much better team than the Yotes, especially on the defensive end, but you never know what can happen with this LA team.

The over is 5-1 in Arizona’s last six games overall, and it is 6-0 in Los Angeles’ previous six. Also, the Kings’ previous five road contests have gone over the total, so I would ride those betting trends.

The Coyotes’ defense has been pretty much terrible all season. Arizona has yielded at least four goals in its previous four losses. On the other side, the Kings have scored three or more goals in six of their previous seven outings.