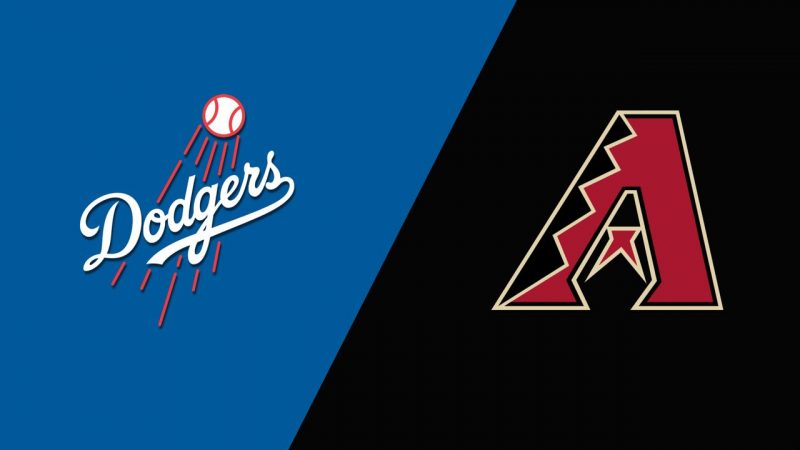 The MLB betting action goes on with a seven-game Monday card, including the opening clash of a three-game NL West series at Chase Park in Phoenix, Arizona, so here’s the best Dodgers vs. Diamondbacks betting pick along with the latest odds update on Bovada Sportsbook.

The Boys in Blue and D-backs lock horns for the first time in 2022. The Dodgers opened as -169 road favorites with a total of 8.0 runs, while the Diamondbacks sat at +156 moneyline odds. Last year, the Dodgers dominated the D-backs, winning 16 of their 19 encounters.

Sunday’s games have been excluded from the analysis, and the 10-4 Los Angeles Dodgers were looking to clinch a tough three-game road series against San Diego. The Dodgers beat the Padres 6-1 in the opener, while San Diego responded with a 3-2 victory in ten innings this past Saturday.

The Dodgers entered Sunday’s closer with the lowest ERA in baseball (2.24). Their pitching staff has been ridiculous thus far, but Walker Buehler, who’ll take the mound Monday at Chase Field, hasn’t been at his best through his first three starts (15.2 innings).

The Diamondbacks are improving at the plate

The 6-9 Arizona Diamondbacks were searching for their second straight victory on Sunday, trying to grab their first series of the season. After a tough 6-5 defeat in ten innings in the opening contest of a three-game home set against the Mets, the D-backs outlasted New York 5-2 in Saturday’s middle game.

Arizona has been horrible at the plate in its first 11 games of the season. Since then, the Diamondbacks have defeated Washington 11-2 and 4-3 to go with the forementioned encounters with the red-hot Metsies. Arizona entered Sunday’s game with a .190/.291/.617 triple-slash and a 3.32 ERA.

Merrill Kelly will toe the slab Monday against the Dodgers, and the 33-year-old right-hander is 1-0 with a microscopic 0.59 ERA in three starts in the season. Kelly yielded one earned run through 15.1 innings of work while posting an 18/5 K/BB ratio, 1.17 WHIP, and 1.72 FIP. Last Wednesday, Merrill tossed six frames of a one-run ball in that 11-2 dismantling of the Nationals, allowing six hits and a walk in the process.

Merrill Kelly is off to a flying start, and Monday’s clash against the Dodgers might be a painful landing for the veteran righty. He was 0-3 with a 4.24 ERA in four starts against Los Angeles in 2021, and some of the current Dodgers are hitting very well against Kelly. Both Mookie Betts and Cody Bellinger went yard twice; Max Muncy is 8-for-18 with a home run, and Will Smith is 6-for-11 with a homer. The Dodgers own a .784 OPS against the righties in 2022.

On the other side, Walker Buehler is 4-0 with a 2.24 ERA in 11 career starts against Arizona. The current Diamondbacks are only 21-for-110 with three homers and a .593 OPS against Buehler.

I would stick with the Dodgers to win because of a tricky 8-run line on the totals. Walker Buehler and the Dodgers’ mighty bullpen could easily shut down the Diamondbacks, but you never know with Arizona’s pitching.

The D-backs’ bullpen has a 4.11 ERA and 4.35 FIP. They are striking out only 6.03 per nine innings, but Arizona’s relievers are also yielding just 0.82 home runs per nine frames. The Dodgers could score a few runs down the stretch, while the hosts should have a mountain to climb.