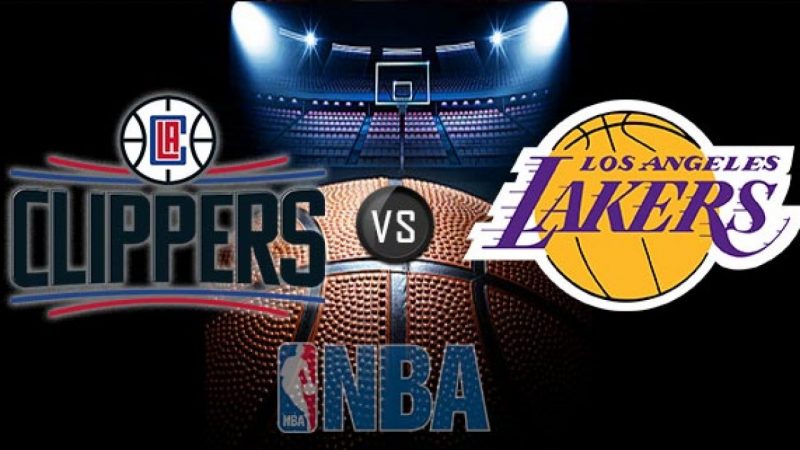 The third Battle of LA of the 2021-22 NBA season is set for Friday, February 25, at Crypto.com Arena, so we have prepared the best Clippers vs. Lakers betting pick and odds along with the latest team stats and news.

According to BetAnySports Sportsbook, it’s a pick ‘em contest, as both teams struggle with injuries. The Clippers shoot for their sixth straight victory over the Lakers, while the over has hit in each of their first two encounters in 2021-22.

The Clippers routed Houston for their second straight home win

The LA Clippers (30-31; 30-31 ATS) wrapped up the first half of the season on a high note. Playing as 10.5-point home favorites, the Clippers trounced the hapless Houston Rockets 142-111 on February 17. It was their third win in the last four outings, as the Clippers extended their ATS winning streak to four games.

LA holds the No. 8 seed in the Western Conference despite some serious injury problems. Kawhi Leonard (knee) will probably miss the entire season, while Paul George hasn’t played since late December due to an elbow injury. Furthermore, Norman Powell, who was LA’s major addition at the trade deadline, suffered a broken bone in his left foot and is out indefinitely.

Reggie Jackson will continue to drive LA’s offense after averaging 17.4 points and 7.1 assists per game over his last ten appearances. The Clippers’ defense could be a key factor in their playoff push. LA allows 109.0 points per 100 possessions (8th in the NBA) on 44.7% shooting from the field (also 8th) and 33.8% from downtown (tied-5th).

The Lakers overcame a 14-point deficit against the Jazz, and LeBron James led the charge with 33 points, eight rebounds, and six assists. Anthony Davis suffered an ankle injury and will be sidelined for at least four weeks, which is a massive blow for the Lakers. Also, Carmelo Anthony has missed the previous five games due to a hamstring injury, and the ten-time All-Star is questionable to play Friday against the Clippers.

The Purple and Gold desperately need more from Russell Westbrook, who’s averaged 16.9 points on 43.1% shooting from the field over his last ten outings. Keep your eyes on Malik Monk, as the 11th pick from the 2017 NBA Draft has made 3.0 triples per game in his last ten apps.

This is a revenge game for the Lakers, who have suffered a couple of tough losses to the Clippers earlier in the season (111-110 and 119-115). With plenty of injuries on both sides, I’m expecting LeBron to take over, so give me the Lakers at moneyline odds.

James and his teammates are only 1-5 SU and ATS in their last six meetings with the Clippers. On the other hand, the Lakers are 8-3 SU in their last 11 outings at Crypto.com Arena as a home team.

The over is 7-2 in the Clippers’ last nine games, and it is 6-3 in the Lakers’ previous nine. Three of their last five encounters have gone over the total, but the under is 5-3-1 in their previous nine meetings.

The Lakers love to push the ball in transition. They record 100.1 possessions per 48 minutes (4th in the NBA), while the Clippers average 98.5 (tied-14th). I lean the over, but the Lakers to Win seems like the best bet in this clash.