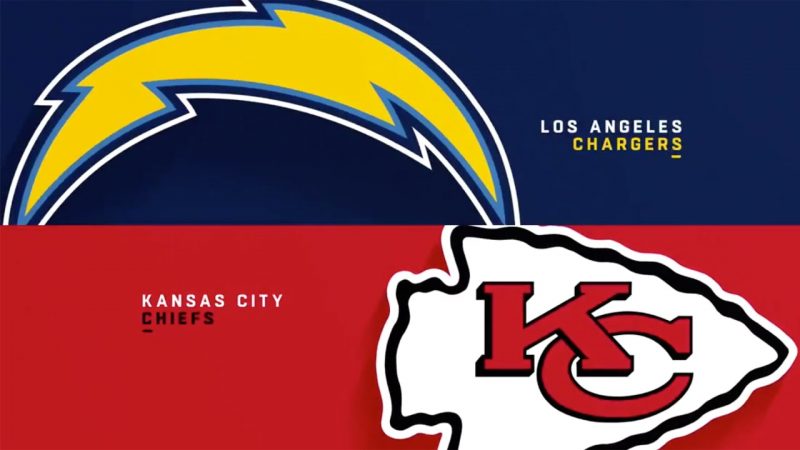 The NFL betting action continues Sunday, September 26, 2021, with plenty of interesting Week 3 matchups on the schedule, so here’s the best Chargers vs. Chiefs betting pick for the AFC West showdown at GEHA Field at Arrowhead Stadium in Kansas City.

The Chiefs opened as firm 6.5-point favorites with a total of 55.5 points on Bookmaker Sportsbook. Last season, these two divisional foes split their two-game series, and the Chargers smashed the Chiefs in Kansas City, 38-21, playing as 6.5-point road underdogs.

The Los Angeles Chargers (1-1; 1-1 ATS) are coming off a 20-17 home loss to the Dallas Cowboys in Week 2, as Greg Zuerlein made a 56-yards field goal as time expired at SoFi Stadium. Justin Herbert completed 31 of his 41 passing attempts for 338 yards and a TD, but the sophomore QB also had a couple of costly interceptions.

Furthermore, the Chargers committed a whopping 12 penalties for 99 yards, and the vast majority of those mistakes were pretty much terrible. Los Angeles went 1-for-4 in the red zone and had to settle down for just a couple of field goals in the second half.

The Chargers struggled defensively, too, surrendering 198 rushing yards to the Cowboys (6.4 yards per carry). They picked off Dak Prescott once, but it was a poor display in general, and the Chargers will have to improve a lot in further days in order to mount a serious playoff challenge.

The Chiefs need more from their defense

The Kansas City Chiefs (1-1; 0-2 ATS) suffered a painful 36-35 defeat at M&T Bank Stadium in Baltimore last Monday. It was Patrick Mahomes’ first loss in September after 11 consecutive victories, as his team blew an 11-point lead in the fourth quarter.

The Chiefs controlled the game through the first three periods, but they gave up a couple of unanswered touchdowns to Lamar Jackson in the final 15 minutes. Kansas City struggled mightily on the defensive end, allowing a whopping 251 rushing yards to the shorthanded Ravens’ backfield.

Patrick Mahomes finished with 343 yards, three touchdowns, and an interception, completing 24 of his 31 passing attempts. Travis Kelce had seven receptions for 109 yards and a TD, but the Chiefs ran the ball just 18 times for 62 yards. Back in Week 1, they beat Cleveland 33-29 at home, tallying only 73 rushing yards and allowing 153 in a return.

The Chiefs have dominated the Chargers over the last seven years, going 12-2 straight up and 9-5 ATS in the process. They must be fired up to bounce back from a tough loss at Baltimore, so I’m backing the Chiefs to extend their dominance over the Chargers and beat them by at least a touchdown.

Also, the Chiefs will seek revenge for that heavy home loss to the Chargers in 2020. It was in Week 16, and the Chiefs had nothing to play for, but this time around, the stake is huge even though it’s Week 3.

Both teams have shown a lot of defensive flaws through the first two weeks, and with all their offensive weapons available for Week 3, I’m taking the over as my best Chargers vs. Chiefs betting pick.

The Chargers are yielding 162 rushing yards per game, while the Chiefs are surrendering 202. Although both teams lean on their passing game, they shouldn’t have any problems moving the ball on the ground against each other. The over has hit in four of the last six encounters between the Chargers and Chiefs.