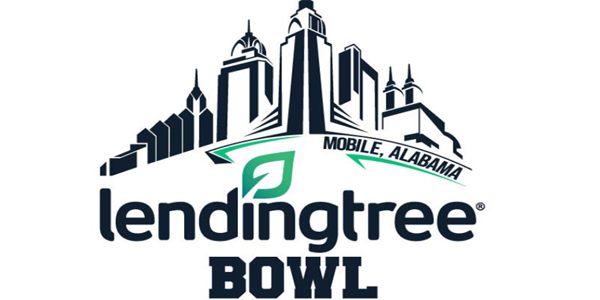 The last official bowl game is the final game before the College Football Playoff National Championship. That game is the Lendingtree Bowl down in Mobile, Alabama. It replaces the Dollar General Bowl and will feature the Sun Belt vs. the MAC as the Louisiana Ragin’ Cajuns are a massive favorite against the Miami of Ohio RedHawks.

Miami actually won the MAC Championship Game over Central Michigan, but is still a two-touchdown underdog to Louisiana, who came up short against Appalachian State in the Sun Belt Conference Championship Game. The total on this one is 55.5 with that -14 on Louisiana.

This is one of the biggest spreads on the bowl betting board, but it is not unfamiliar territory for the RedHawks. They were a massive underdog to Mississippi State back in 2016 in the St Petersburg Bowl. Not only did Miami cover, but the heavy dog nearly won the game outright. That was the last time that Miami was in a bowl game. You have to go back to 2010 for Miami’s most recent bowl win.

While Mobile isn’t an ideal destination for a bowl game, it is another new place for Louisiana. The Ragin’ Cajuns played in the New Orleans Bowl four times in five years from 2012-16 before going to the Cure Bowl last season.

Louisiana had one of the nation’s most effective running games and actually finished sixth during the regular season in yards per play with 7.03. That was more than two full yards per play better than Miami, who finished 116th with 4.96 YPP. Miami had 3,977 total yards. Louisiana had 3,449 yards rushing. Only the service academies and Ohio State had more rushing yards than Louisiana.

Defensively, though, Miami was better than Louisiana. The RedHawks finished 31st in yards per play allowed with 5.18. Louisiana finished with 5.47 yards per play against. That still isn’t a very big gap, especially when you consider the chasm between the two teams offensively.

Miami did have a solid defense, at least by MAC standards, but still finished 41st nationally in yards per carry allowed. Miami really took advantage of a horrible MAC schedule, as MAC offenses only rushed for 4.02 yards per carry. Miami allowed 3.2 yards per carry on 31 attempts to Central Michigan in the MACCG.

QB Levi Lewis also posted a 24/4 TD/INT ratio and threw for over 2,800 yards. Star wide receiver Ja’Marcus Bradley had 818 yards on 53 receptions and also hauled in one-third of Lewis’s TD passes. This is a well-oiled machine on offense for Billy Napier, who was discussed for some bigger jobs, but had not taken one by time of writing on December 21.

After that list of accolades, Miami’s numbers look even worse. QB Brett Gabbert had an 11/8 TD/INT ratio with a 53.7% completion percentage. Gabbert was a true freshman and these extra bowl practices should be a real big help for him and the team as things go forward. Miami only rushed for 3.5 yards per carry, though Jaylon Bester, Tyre Shelton, and Maurice Thomas had flashes. Bester led the team with 12 of the 20 rushing scores.

This handicap is really simple. It is all about how Miami’s run defense holds up because the RedHawks are highly unlikely to sustain drives. Defensive back Sterling Weatherford led the team in pass breakups with 10 and tackles with 92 and he’ll need to do a whole heck of a lot for Miami to stay competitive here. The RedHawks were aggressive in rushing the passer with 38 sacks, but the MAC East is full of bad offensive lines aside from Buffalo, so you take that with a major grain of salt.

Louisiana did play a worse schedule that ranked 103rd nationally per Sagarin. Miami came in at 91. Again, though, this handicap is easy. Can Miami stop the run? Because if they don’t, they’re going to get boatraced here. It’s just that simple. Their offense isn’t good enough to keep pace.

I don’t think that they can. My line on the game is Louisiana -15, so I’m right in line with the market for the most part. Louisiana can be dominant and overwhelming. That would be my expectation here.