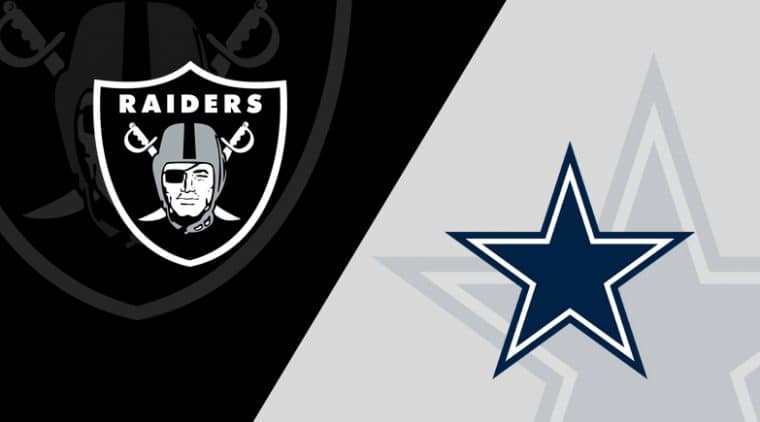 The NFL betting action continues with three games on Thanksgiving, including the interconference showdown at AT&T Stadium in Dallas, Texas, so we have prepared the best Raiders vs. Cowboys betting pick along with the latest odds update.

According to Bookmaker Sportsbook, Dallas is a firm 7-point home fave with a total of 50.5 points, while Las Vegas sits at +270 moneyline odds. These two foes meet for the first time since 2017, and the Raiders are winless in three straight encounters with the Cowboys.

The Raiders are falling apart

The Las Vegas Raiders (5-5; 4-6 ATS) are on a three-game losing streak following a 32-13 home defeat to the Cincinnati Bengals in Week 11. It was another lousy performance by the Raiders, who lost to Kansas City 41-14 in Week 10.

Josh Jacobs had another quiet day in the office, tallying nine carries for 37 yards and five catches for 24 yards. He hasn’t scored in the last three weeks, while Derek Carr has recorded four TD passes and four interceptions over the previous three contests.

The Cowboys laid the egg at Arrowhead Stadium

The Dallas Cowboys (7-3; 8-2 ATS) are coming off a 19-9 defeat at the Kansas City Chiefs this past Sunday. It was their second loss in the last three outings, and the Cowboys fail to cover a 2.5-point spread at Arrowhead Stadium.

Dallas’ offense struggled mightily against the Chiefs, racking up only 276 total yards and failing to score a TD. Dak Prescott went 28-of-43 for 216 yards and a couple of interceptions, while the Cowboys ran only 16 times for 82 yards.

Dallas is fifth in the league in rushing yards per game (133.8) and third in points scored per contest (29.3). However, the Cowboys have scored only 98 points over their previous four games overall, and Prescott has registered seven TD passes and four picks during that stretch. WR Amari Cooper is on the COVID-19 list and will miss Thursday’s game against Las Vegas, while WR CeeDee Lamb (concussion) is doubtful to play.

The Raiders are in a must-win situation, but beating the Cowboys on the road on Thanksgiving seems like a tall order. Las Vegas’ defense has been awful as of late, while Dallas’ offense will look to break out of its funk, so I’m backing the hosts to win and cover.

Anyway, I don’t feel comfortable with a 7-point spread, so betting on the totals might be a better move in this matchup. Both teams should be able to move the ball frequently, though the Cowboys’ defense could be an X-factor. Dallas is yielding 21.4 points per game (8th in the NFL), while Las Vegas is giving up 26.2 (25th).

The Raiders’ run D ranks 29th in the NFL, surrendering 132.1 rushing yards per game, so I’m expecting the Cowboys to roll over their rivals. Dallas’ ground game has been a dominant force all season long, so the visitors will have a mountain to climb on Thanksgiving.

On the other side, the Cowboys are yielding 251.9 passing yards per game (20th in the NFL). Their passing defense is a problem, and the Raiders should have enough firepower to take advantage of the Cowboys’ flaws. Hereof, my best Raiders vs. Cowboys betting pick is the over on the totals.