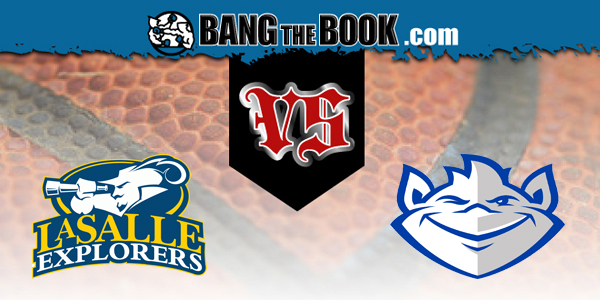 The Saint Louis Billikens we’re probably not ready for primetime when they last faced off against the La Salle Explorers. It came after a long layoff, followed by only one game back.

But now Saint Louis likes to think that it is closer to full strength, and so they’re looking for payback as these teams face each other at 9 p.m. ET at the Chaifetz Arena in St. Louis.

CBS Sports Network will televise it, and if you are a BetAnySports customer, you can follow the game on television and then place wagers in real time with Sports Betting Prime.

The final score was 82 – 75 on February 3rd, and that came after Saint Louis had been beaten by Dayton previously. The Billikens had to sit out from December 23rd to January 26th, due to pandemic related issues. Against La Salle they had only four triples and surrendered 50% shooting from the field overall. After that game, they bounced back to defeat St Bonaventure, Rhode Island and Fordham.

La Salle has lost four of its last five games, and they have lost ten different times by double-digit margins. They have a record of 8 – 12, while St Louis, which was nationally-ranked earlier in the season, comes into this game at 10 – 3.

St Louis does a tremendous job of Defending two-point shots; that is, those that come inside the three-point arc. As far as getting out to the perimeter and contesting triples is concerned, they’ve allowed 34.2%, which is a little more than the national average.

La Salle is not the kind of team that is likely to work inside all that much, with 39% of their attempts coming from downtown. But they were able to do something that quite a few of the Bills’ opponents have done, which is get to the free-throw line. In fact, they made 20 out of 26 attempts from the charity stripe when these teams played less than two weeks ago. It’s a shame that La Salle shoots only 66.9% from there, because if they were better, they could be counted on to take full advantage again.

In the college basketball betting odds posted on this game by the folks at BetAnySports, Saint Louis is a huge favorite:

There is little question that La Salle will have to hit its three-pointers to win. And Saint Louis is not the most forgiving team in the country when you miss; they have pulled down 22.4% of all the available defensive rebounds, which is 17th the best in the country.

The impression might be that Saint Louis is an outstanding shooting team, but although they are not an embarrassment to themselves, they aren’t really among the national leaders, with an effective field-goal percentage of 53.5%, which ranks 56th in the country. The Billikens will crash the offensive boards, though, and they will do it from the guard position, with 6 – 3 Jordan Goodwin contributing a great deal in that regard. He might just be the best rebounding guard in the country.

We like teams that can distribute the basketball, and only eight schools have a higher ratio of assists to field goals then Saint Louis does. Not only do they work hard for their shots, they make the defense work hard as well to keep up with them.

Certainly La Salle has its hands full dealing with Saint Louis’ rebounding ability, balance and inside defense. But consider as well that this is quite a point spread for SLU to cover.

We are always a little hesitant laying big numbers when we know that the favorite it’s not a prolific three-point shooting contingent. In this instance, triples account for only 32% of the Billikens’ field goal attempts. That doesn’t mean they won’t be able to cover this number, but it means we’ll have to work harder to do it.

And if the Explorers can get some three-point firepower from the likes of Sharif Kenney (37.7%) and Jhamir Brickus (37.5%), they are going to make this a lot closer than most people expect. So we will take the points.

Come and follow BetAnySports all the way to the Final Four. March Madness gets a lot more palatable when you have reduced juice to give you better odds on each game….. And even after you make your pre-game wager, you can keep going while the contest is in progress with Sports Betting Prime….. Remember that Bitcoin is available for all transactions, and it does not carry a transaction fee , so there are no impediments to you climbing aboard right now!