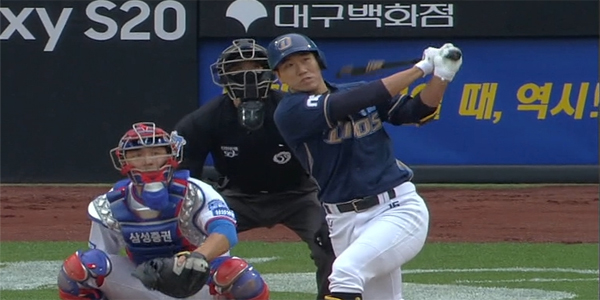 When BetAnySports customers indulge in wagering on Korean baseball this season, they might, from time to time, notice numbers on totals that are a little lower than those they are accustomed to seeing in Major League Baseball contests.

So why is this?

Well, there are fewer runs scored. And that’s by design.

The Korean Baseball Organization, the “big leagues” of baseball in Korea, made a bold decision after the 2018 season – that they would, in effect, “deaden” the baseballs they use in competition. According to a rather comprehensive article that was published at FanGraphs, they reduced the COR, or “coefficient of restitution,” which would prevent the ball from traveling as far as it did before when hit.

Part of it involved making the ball larger and heavier.

Not that it was starting to resemble a softball game, but it was very offense-oriented. In 2017 and 2018, the collective league batting average was .286, with OPS figures of .791 and .803, respectively. While the slugging percentage across Major League Baseball was .409 in 2018, the corresponding KBO figure was .450. And that’s quite a difference.

When the KBO went to the new ball, the reduction in offensive production was dramatic. Of course, that mostly manifested itself after a mild controversy where they were not satisfied with the balls supplied by the manufacturer early in the season, which were still too “lively.”

Teams averaged almost a run less per game in 2019, as opposed to the previous five-year period (roughly 5.5 to 4.6). And the home run rate was down a third.

There were also half the number of home runs per game in the KBO compared to MLB numbers. The Kiwoom Heroes led the league with 5.42 runs per game in 2019; that would have only been good for sixth place in the 2018 season.

So yes, of course there has been an effect.

It would appear obvious to BetAnySports patrons that when there’s a lot of offense, it can take its toll on a pitching staff. The collective KBO earned run average was down a full run in 2019 from what it was the year before. In 2018, there were 55 shutouts in the league. In 2019 that jumped to 103. In 2019, however, strikeouts were down by more than 100 per team. Apparently with less juice in the baseball, hitters were more content to make contact than to swing for the fences; an action that made for a long fly-out much more frequently than it had the season prior.

Did teams opt to utilize more speed in the process of playing a “small ball” game? Well, kind of, although we’re not sure that a jump from 928 stolen bases to 993 is conclusive.

But maybe speed should be an option, because the effect of the slugger is being mitigated. In 2018 there were 33 hitters with 20 or more home runs. In 2019 there were only eleven.

It’s still early in the 2020 season, but this is what it looks like through the first 15 games that were played on the schedule:

* The offensive slashline for the KBO is .254/.322/.397. That means batting averages continue to drop, while slugging is up, and OPS is slightly down.

* However, team runs per game, which were 4.55 last year, are down to 4.5 through fifteen contests.

So on balance, the KBO seems to have accomplished its mission. At the same time, we would imagine that teams will eventually be able to adjust a tad better this season to the un-juiced ball in terms of the way they strategize to score runs.

You can wager on Korean baseball action at BetAnySports, which gives you the best odds for the duration……… Remember that you can place wagers while the action is in progress through Sports Betting Prime……… And players have five casino options to choose from, including two which offer live dealers……. It’s easy for you to open up an account – all you have to do is use your debit or credit card, person-to-person transfers, or the virtual currency of Bitcoin, which is fast and easy with their automated system, and NEVER incurs a transaction fee!