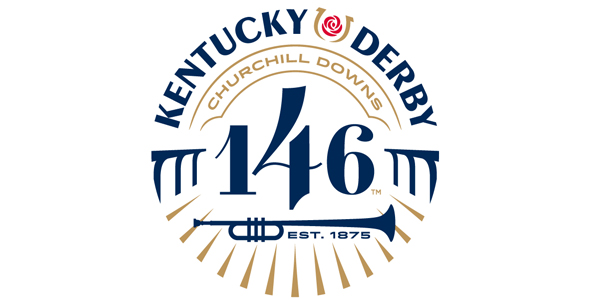 Horse racing can be unpredictable, so you don’t want to just give the win in the 146th Kentucky Derby to Tiz the Law, but with some top contenders hurt and others scratched for this race, it sure seems like the overwhelming favorite will hold serve in the second leg of the Triple Crown.

The Derby was moved from May 4 to September 5 because of the COVID-19 pandemic and the day of racing at iconic Churchill Downs will be done without fans in attendance. The celebration, the outfits, the hats, the mint juleps, all of it adds to the ambiance and the allure of this event, so it is a shame to see this year’s Derby going off like this. And who knows when, if ever, the Kentucky Derby fanfare will return to its normal levels.

In any event, the show will go on with lots of undercard races, but our focus will be on the main event that has a 7:01 p.m. ET post time in Louisville, Kentucky.

Here are the post positions, the horses, trainers, and jockeys, and the odds for the 146th Run for the Roses:

Tiz the Law is the chalk favorite here. It was a bad spring and summer for three-year-olds, as horses like Maxfield, Nadal, Charlatan, and Wells Bayou were forced out of action among others. Tiz the Law has had a dominant summer and who knows what would have happened if the others were in the field. They aren’t, unfortunately, but there is still money to be made this weekend.

Normally, I list all the horses and my thoughts on them, but that seems like a fool’s errand this time around. This is a top-heavy field, with Tiz the Law, the winner of the Travers, Belmont, and Florida Derby in a class of his own. Honor A.P. and Authentic are in the next tier, followed by Thousand Words and Ny Traffic. It wouldn’t be a total shocker if a 50/1 or longer hits the board, just given the nature of this year’s race, but it does seem pretty unlikely, as the odds would suggest.

Here are a few things that we know. The first is that Authentic will be popular on race day. Even though people probably aren’t having as many Kentucky Derby parties or things like that, people know Bob Baffert’s name and they know the jockey John Velazquez. Everybody will be scrambling to put together some exotics with Tiz the Law in an effort to sweeten the prices a little bit. Authentic is also coming off of a strong performance, a career-best performance, to win the Haskell at Monmouth Park, so we are buying a little high, but the good speed in the Santa Anita Derby with the follow-up win in the Haskell suggests that Authentic is hitting his stride.

Honor A.P., who beat Authentic in the Santa Anita Derby, ran a final tune-up at Del Mar and lost to Thousand Words in the Shared Belief. He got bumped at the start and got thrown a little off-stride, but would have won the race if it had another eighth of a mile to it. Honor A.P. was coming on strong.

Ny Traffic is the one that I have my eye on. He was second-best to Maxfield in the Matt Winn and Wells Bayou in the Louisiana Derby, but those were two really game efforts. He also wound up second to Authentic in the Haskell with a career-best speed figure.

This isn’t a horse with an elite bloodline or anything like that, but it is a gamer. It is a horse that seems capable of overachieving and making some really good runs. He’s also gotten better with each passing race and has some experience on the Churchill surface from that Matt Winn Stakes effort. He’s been right there with some of the top three-year-olds. He’s not “beat Tiz the Law” good, but he’s plenty good enough to finish second in this race.

Ny Traffic should also be okay with the traffic. The Matt Winn field had 10, the Louisiana Derby 14, and the Risen Star Stakes had 11. Honor A.P. has run one race with at least 10 horses. Authentic hasn’t run with more than seven. Thousand Words ran the Oaklawn Stakes with 13 and got tripped up out of the gate.

Major Fed has run in traffic, but has not had great finishes in those races. Storm The Court ran with 13 in the Grade 3 Ohio Derby and finished third. Maybe the jockey change to Julien Leparoux will be the difference, but Flavien Prat is a very good jockey. The horse just doesn’t have enough speed.

One horse that has run a lot in crowded fields is Enforceable for Mark Casse. The son of Tapit has some underwhelming finishes and speed figures and that concerns me. Adam Beschizza is also in the mount for the first time. Some people like Enforceable’s chances to hit the board, but I’m not buying that stock.

Instead, I’d look inside of Enforceable and prefer Max Player. Steve Asmussen has taken over as the trainer. Asmussen has his top rider Ricardo Santana Jr. in the irons. The most recent workouts at Churchill Downs have been pretty solid and he’s hit the board in all five races, including a big speed effort in the Travers Stakes. It was a distant third behind Tiz the Law, but the speed numbers are trending in the right direction for the son of Honor Code.

Ny Traffic and Max Player are the two that I’ll put together with Tiz the Law. I’ll box trifecta them together in hopes that one of the two upsets the heavy favorite for a little bit bigger of a pay day. Ny Traffic has been consistently competitive against top-end horses and Max Player is trending in the right direction and has an upgraded trainer.

This may not be the sexiest Kentucky Derby ever, but it’ll be one that I watch closely, as I always do.