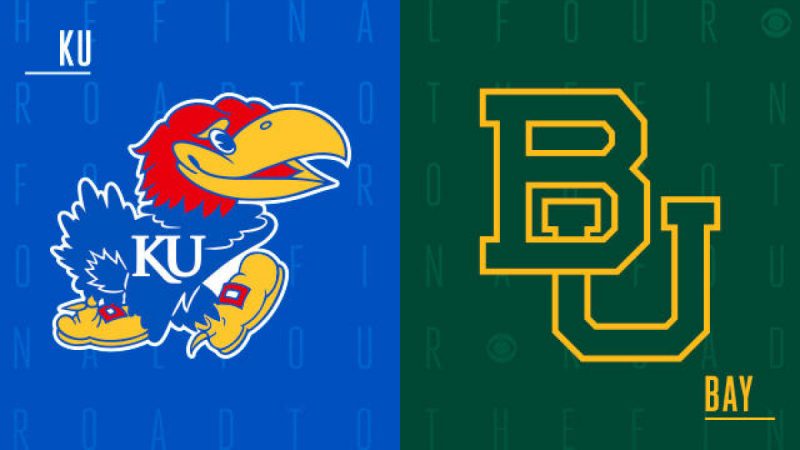 The 2021-22 college basketball season continues Saturday, February 26, with the marquee Big 12 Conference matchup at Ferrell Center in Waco, Texas, so we have prepared the best Kansas vs. Baylor betting pick and odds.

The Jayhawks meet the Bears for the second time this term. Back on February 5, Kansas trounced Baylor 83-59 as a 2.5-point home fave. This time around, the Bears are listed as 2.5-point home favorites, while the totals sit at 150.5 points on BetDSI Sportsbook.

Kansas smashed Kansas State for its fourth win in a row

The Kansas Jayhawks (23-4; 13-14 ATS) improved to 12-2 in the conference play following a 102-83 thrashing of the Kansas State Wildcats this past Tuesday. It was their fourth straight victory and sixth in the last seven games, as the Jayhawks easily covered a 12-point spread on the home court.

Now, the Jayhawks are topping the Big 12 Conference, a game and a half ahead of Baylor and Texas Tech. Kansas is No. 5 in all the AP Top 25 Poll, NCAA NET Rankings, and KenPom rankings. The Jayhawks score 121.2 points per 100 possessions (4th in the nation) and surrender 95.0 in a return (31st).

The Baylor Bears (23-5; 14-13-1 ATS) are coming off a narrow 66-64 overtime victory at the Oklahoma State Cowboys this past Monday. Playing as 5-point road favorites, the reigning NCAA champions recorded their second consecutive victory and fourth in the last five outings.

Baylor shot only 36.8% from the field against the Cowboys. Junior guard Adam Flagler went off for 29 points on 11-for-20 shooting from the field (7-for-13 from deep), while another junior G James Akinjo posted a line of six points, four assists, four steals, and a couple of rebounds. Akinjo made a game-winning shot in overtime.

The Bears must be fired up to get revenge for that heavy loss at the Jayhawks earlier in the season. I’m expecting a tight battle down the stretch, as Baylor certainly possesses enough defensive weapons to slow down the Jayhawks’ prolific offense.

I don’t feel comfortable with the side bet. It feels like a coin flip even though the Jayhawks have dominated the Bears as of late. Since 2019, Kansas has gone 5-2 SU and 5-1-1 ATS in seven encounters with Baylor. I am going with the Bears this time around. They are 7-3 SU in the last ten outings at home as favorites of 2.5 or fewer points.

The under is 5-3 in Kansas’ last eight contests, and it is 4-2 in Baylor’s previous six. Their first encounter of the season has produced 142 points in total, so I’m backing the under. Four of the last five meetings between Kansas and Baylor have gone under the total. Also, the under is 14-4 in their previous 18 encounters.

The Bears have to slow down things and force the Jayhawks into half-court basketball. Baylor needs to bring its best defense in order to beat Kansas, so I would be surprised if we get a proper high-scoring affair.