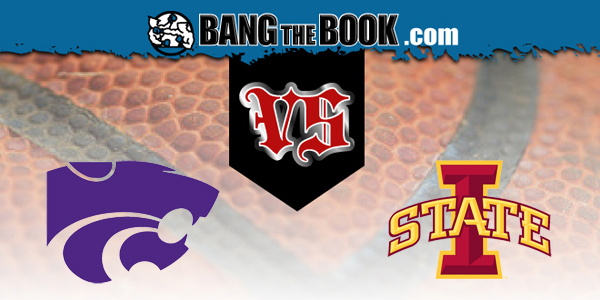 College basketball regains the spotlight on Tuesday night with another week over in the NFL. It is a very busy betting board for December 15 and there are a lot of games to pick from and put in the spotlight. We’ll do that with a Big 12 battle between Kansas State and Iowa State in the 9 p.m. ET window on ESPNU.

At present, it looks like it could be a down year for these two programs, but success in the Big 12 is certainly hard to come by on an annual basis and a lot can change as the games get played.

Iowa State is -8 with a total of 137 at BetOnline Sportsbook in what is the conference play opener for both teams.

Let’s take a look at how both teams stack up and handicap the game:

UMKC and Milwaukee. Those are the only two wins for Kansas State this season and those wins were by four points and one point, respectively. Bruce Weber’s team already has four loses on the season, including a 13-point loss to Fort Hays State a week ago. The other losses were Drake, Colorado, and UNLV.

It has been about as bad of a start as you can get for the Wildcats. Generally speaking, teams that lose in glorious fashion to a lower-division team wind up having a little bit of betting value because everybody just dismisses them and their chances of doing anything of consequence after such an embarrassing moment.

While it’s true that allowing 1.113 points per possession to Fort Hays State is pretty unforgivable, there would seem to be only one way to go. It wasn’t an impressive win over Milwaukee by any means, but at least Kansas State pulled the game out to roll some positive feelings into conference games against Iowa State and Baylor.

Kansas State ranks 275th in eFG% defense in the early going at 55.5%. That is not at all what we are used to seeing from Pearl teams and especially not for teams from Manhattan. The Wildcats have been able to cover up a few problem areas by shooting 38.3% from 3 on the young season and by attacking the offensive glass well, but this is a deeply-flawed team that most people probably forget was 3-13 in Big 12 play last season.

Xavier Sneed ran out of eligibility and Cartier Diarra moved on. The Wildcats are trying to rely heavily on freshman Nijel Pack, one of the better recruits that Weber has gotten to commit. He’s shooting 54% from 3, but under 35% from 2. It is hard to go through growing pains together with a freshman at the helm.

Iowa State has only been able to play three games. If the game against in-state rival Iowa is any indication, the Cyclones have some defensive problems, too. Iowa scored 1.457 points per possession in Friday’s 105-77 win. Imagine this, Iowa State scored 1.068 PPP and still lost by 28 in a game that was only played to 72 possessions. That loss, coupled with an offensive outage against South Dakota State, doesn’t seem to be factored too much into the line for this one.

Iowa State’s lone win was over Arkansas Pine Bluff, thought to be one of the 50 worst teams in the country this season. The Cyclones have not been getting to the line. They’ve been awful on the defensive glass. They haven’t been paying attention to the details and the little things.

Maybe getting into rhythm will help. Iowa State played on November 29 and then December 2, but went nine days between games before the Iowa blowout. Every team has had hurdles and challenges at the outset, but Iowa State’s inconsistent schedule can’t have helped.

The departure of Tyrese Haliburton has not helped. Haliburton was easily the most efficient offensive player for the Cyclones last season and their top defender from a steals standpoint. This was a bad defensive rebounding team last season and they had to rely on forcing turnovers because they struggled badly in the halfcourt.

With Haliburton gone, holdover Rasir Bolton and Troy transfer Javan Johnson have picked up the offensive slack, along with three-time transfer Jalen Coleman-Lands, who was most recently with DePaul. Lands is 18-of-35 from the floor.

Like Kansas State, it seems easy to forget when teams have a down year. Iowa State was just 12-20 last season and 5-13 in conference play. Right before everything shut down, the Cyclones were bounced from the Big 12 Conference Tournament by Oklahoma State.

This seems like a pretty lofty number for Iowa State to cover. Neither team has played well at the start of the season, but this should be a lower-scoring, ugly type of game. Neither team has excelled defensively and both teams are trying to find some offensive continuity.

Kansas State’s losses have been more egregious than Iowa State’s in the minds of the oddsmakers and the betting markets, so this line looks inflated.