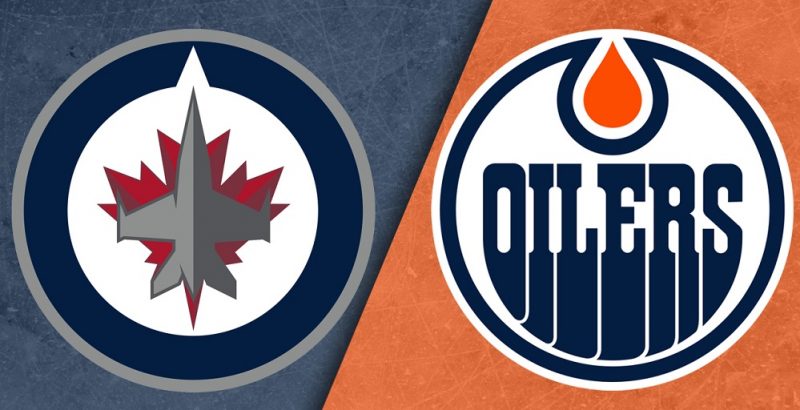 The NHL Playoffs continue to be spectacular after we had all sorts of drama on Thursday night. Friday brings four more games from the first round, including Game 2 between the Winnipeg Jets and the Edmonton Oilers. All four games have various levels of intrigue, but this one may have the most, as the Jets can take a 2-0 series lead after a 4-1 victory in Game 1 on Wednesday.

This series is lagging behind the others a bit because of what happened in the North Division with Vancouver’s COVID outbreak, so this is only the second game. Tonight’s schedule features one Game 4 and two Game 3s otherwise.

The Oilers are -170 favorites per the odds at BetUS Sportsbook with a total of 5.5.

The Jets have already stolen home ice in this series by virtue of winning Game 1, but they can pull off a major heist by winning Game 2. The first game was much closer than the 4-1 score would indicate. The Jets scored two empty-net goals as Edmonton removed Mike Smith from the crease to add the extra attacker while trailing. For all intents and purposes, it was a 2-1 hockey game.

One in which Connor Hellebuyck easily outshined Smith. Hellebuyck, who could be the great equalizer in this series for Winnipeg, stopped 31 of 32 shots, including the two he faced from Connor McDavid and the four from Leon Draisaitl. Hellebuyck, who was an ironman for the Jets in this shortened season, went 24-17-3 with a 2.58 GAA and a .916 SV% with the all-North Division schedule.

From an analytics standpoint, the Jets lost Game 1 and pretty clearly at that, but Hellebuyck did what great goaltenders do and stole one for the team. Winnipeg only had 15 scoring chances to 30 for the Oilers at 5-v-5. They did manage to hold Edmonton without a shot on the game’s lone power play. The Jets also blocked 19 shots in the game, so they got into shooting lanes as much as possible and played a tough, physical brand of hockey.

Even though the Jets do have some good talent up front with guys like Blake Wheeler and Mark Scheifele, this is a team that wins with goaltending and some physical play. Basically the opposite of how the Oilers win games.

As mentioned, the Oilers doubled up the Jets in scoring chances at 5-v-5 and had 13 high-danger scoring chances to Winnipeg’s eight. They just couldn’t solve Hellebuyck. That wasn’t the case during the season, as Hellebuyck allowed 26 goals across seven games. His worst performances of the season came against the Oilers. The relentless offensive pursuit for Edmonton does that to a lot of goalies.

The reality of Game 2 is that McDavid and Draisaitl need to be better. They need to create even more chances. Jesse Puljujarvi led the team with five scoring chances and was rewarded with Edmonton’s only goal. Ryan Nugent-Hopkins had three of the 14 high-danger chances. McDavid and Draisaitl were fine, but with this roster construction, fine isn’t good enough.

It’s hard to pin the blame on Mike Smith when the Oilers scored one goal and he only allowed two. Smith played well over the course of the season with a 2.31 GAA and a .923 SV% in his 32 games played. It was actually one of the better seasons of his career, so the Oilers should go into Game 2 with confidence in his abilities. Maybe they should try to be a little more aggressive up the middle of the ice to stay away from those contact areas along the boards.

Edmonton was 7-2 against Winnipeg in the regular season, but trails 1-0 in the series, which will likely be a talking point throughout the league. The all-division schedule has led to a lot of data points going into these playoff series. The question now becomes whether or not Edmonton will be able to make the necessary adjustments and get more shots through traffic.

Connor Hellebuyck was indeed the difference maker in Game 1. Nobody for the Jets really stood out except for Mark Scheifele and Blake Wheeler among the skaters and Winnipeg only managed 20 shots on Smith. A similar performance from Edmonton should be good enough to even up the series and that should be the expectation here.