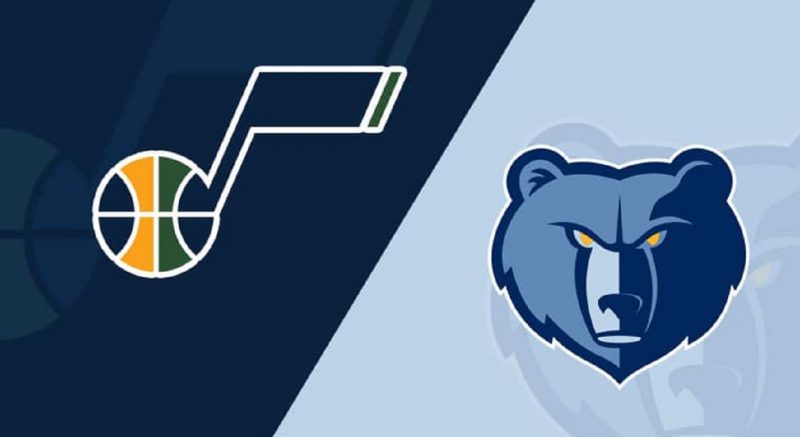 Staggered start times in the NBA give us playoff basketball from 1:30 p.m. ET until close to midnight on Saturday May 29. The late game is the one that we’ll take a look at here, as the Utah Jazz and the Memphis Grizzlies square off in the land of Blues and BBQ. The Jazz are -5 with a total of 224 at Bookmaker Sportsbook as they look to take the series lead for the first time after dropping Game 1 at home.

A lot of people probably expected this to be a walk in the park for the Jazz. Heavily favored as the #1 seed, the Jazz looked more like the team we expected to see in Game 2. Was that the turning point of the series? Can Memphis pull the Game 3 upset?

Donovan Mitchell scored 25 points in his return for Utah in Game 2 on Wednesday. After a widely-publicized story could have become a distraction with his Game 1 scratch, Utah’s leading scorer was back in the lineup and played well in the Game 2 victory. Utah led the game by 20 at halftime and was able to cost to the 12-point win while still limiting minutes for a lot of key players, including Mitchell.

Mitchell had 25 points in 26 minutes, as all five Jazz starters finished in double figures with the 141-129 victory. Mitchell didn’t have any assists, but Mike Conley had 15 dimes as the Jazz finally played with a full deck of cards for the first time in a long time. The bench also provided some terrific minutes and added 43 points to the cause across four players.

It felt like a turning point in the series for Utah. The Jazz were big favorites to win this series to begin with, but after the 112-109 loss in Game 1 with Mitchell in street clothes on the bench, Utah was unstoppable on offense with 19 made threes and a 54.4% mark from the field. In other words, the same Jazz team that we saw for most of the regular season.

The Jazz were only 12-of-47 from deep in Game 1 for a 25.5% clip. They actually scored 29 of their 109 points at the free throw line and only shot 42% from the field. It was the type of shooting performance that allowed Memphis to be in the game. The Grizzlies didn’t light it up offensively in that one either, but overcame a big free throw disparity to win.

Utah made adjustments and changed a lot of things up for Game 2, but no adjustment was bigger than getting Mitchell back. As luck would have it, the Jazz also got two full days off prior to Game 3 with how the schedule worked out and the blowout allowed Mitchell’s minutes to be monitored.

In both the NBA and the NHL, the #8 seed can be a scary first-round opponent. Typically the #1 seed has been coasting. Maybe they’ve been playing hard for that top spot or something, but fighting for your playoff life is different from fighting for the top seed. The Grizzlies rode the momentum of consecutive wins in the play-in tournament to that Game 1 victory. It also felt like a big deal that the Grizzlies won, even though Ja Morant had 26 points on just 11-of-21 shooting.

It was Dillon Brooks that had the big Game 1 for the Grizzlies with 31 points. Brooks had another good Game 2 performance with 23 points on 10-of-14 shooting and Morant bounced back in a big way with 47 points, but it wasn’t enough. And that’s the problem for Memphis. The only hope for the Grizzlies is to get huge numbers from Morant and Brooks while Utah misses shots.

One thing happened in Game 2. The other did not. Memphis’s bench was also outscored 43-14 on Wednesday night. The lack of depth for the Grizzlies really showed in that game. It was a bit strange to see Morant still play 43 minutes in a game that was effectively over by halftime, but maybe the extra day off played into that decision.

Memphis is now back at home, so the elevation won’t be a factor from a fatigue standpoint, but this game, and each remaining game in the series, still comes down to what Utah shoots from the floor. If the Jazz have a Game 1-esque performance again, Memphis is live in that game. That’s the problem, though. Utah had to have a really terrible shooting effort for Memphis to win the game by three points.

Playoff series are all about the chess match. Making adjustments that the other team isn’t expecting or something capable of throwing them out of rhythm. Are there any adjustments that Memphis can seriously make in this game?

With Mitchell back and Utah effectively at full strength, Game 1 looks to be a thing of the past. This is now Utah’s series and everybody seems to know it. With Mitchell back, the difference between Game 1 and Game 2 was striking, but the line only moved up two points. It doesn’t seem like much of a follow-up adjustment has been made for Game 3. The total was bumped up, but not the side.