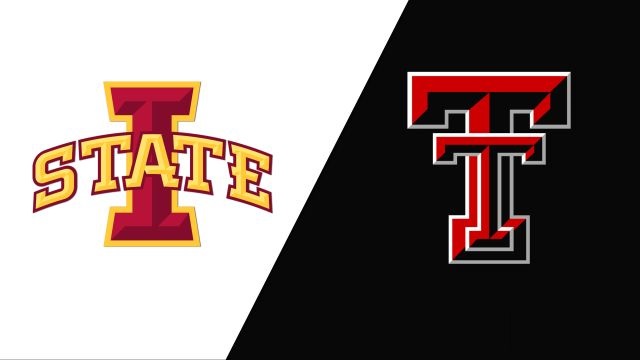 The quarterfinals of the Big 12 Conference Tournament will conclude on Thursday, March 10, at T-Mobile Center in Kansas City, Missouri, and here are the best Iowa State vs. Texas Tech betting pick and odds.

According to MyBookie Sportsbook, the Red Raiders are 7-point favorites with a total of 125.5 points. The rivals split the series this year as each team recorded a home win, and each time, the Red Raiders managed to cover.

The Iowa State Cyclones (20-11; 17-14 ATS) finished the regular season in 7th place in the Big 12 after going 7-11 in conference play. Following a four-game winning run, the Cyclones suffered a couple of defeats to Oklahoma State and Baylor.

The offense has been the weaker side of Iowa State’s play this year. The Cyclones are 274th on offense in the country with 67.3 ppg, but they have a top 30 defense that allows 62.7 ppg (24th). Iowa State is 10th in the country in defensive efficiency with 90.7 points per 100 possessions, while the Cyclones are 260th in offensive efficiency with 99.4 points per 100 possessions.

Senior guard Izaiah Brockington leads the Cyclones in scoring and rebounding with 17.5 ppg and 7.2 rpg, while freshman guard Tyrese Hunter averages 10.8 ppg, 5.0 apg, and 3.4 rpg. Iowa State is No. 41 in the NCAA NET Rankings and No. 39 in the KenPom rankings.

The Texas Tech Red Raiders (23-8; 20-11 ATS) ended the regular season in 3rd position in the Big 12 with a 12-6 record in conference play. The Raiders concluded the campaign with five wins in seven games, but those two losses to TCU and Oklahoma State came in the previous three and were quite narrow.

Even though Texas Tech has a stronger offense than Iowa State, the Red Raiders’ defense has been dominant this year. The Red Raiders’ offense averages 72.4 ppg (147th in the country), while their defense allows 60.7 ppg (13th). Texas Tech is the best in the country in defensive efficiency with 86.6 points per 100 possessions, while the Red Raiders are 119th in offensive efficiency with 106.0 points per 100 possessions.

Senior forward Bryson Williams is Texas Tech’s best player this season as he averages 14.0 ppg and 4.3 rpg. Terrence Shannon has 10.4 ppg, while Davion Warren with 10.1 ppg and 3.1 rpg and Kevin McCullar with 10.0 ppg, 5.0 rpg, and 3.1 apg are also playing important roles. Texas Tech is No. 12 in the NCAA NET Rankings and No. 11 in the KenPom rankings.

Texas Tech won six of the previous seven H2H encounters and had no trouble beating Iowa State in the most recent H2H tilt, 72-60 at home. Both teams struggled from beyond the arc, but Texas Tech was more aggressive below the rims and managed to force a bunch of fouls, so they made the damage from the stripe, scoring 29 points opposite the Cyclones’ nine.

The Red Raiders are better in both offense and defense, and on this occasion, I believe a more efficient offense will prevail.

Iowa State scored season-low 36 points in a big loss to Oklahoma State just a week ago, but they improved against Baylor, and think the Cyclones can score around 60 in this one. Interestingly, Texas Tech also struggled offensively against Oklahoma State, their latest game, scoring 51 points, so they will be desperate to display a much better offensive performance in their first game at the Big 12 tournament.

The total has gone Over in six of Iowa State’s last eight games this season, while the total went Over in 4 of Iowa State’s previous five games against an opponent in the Big 12 conference.