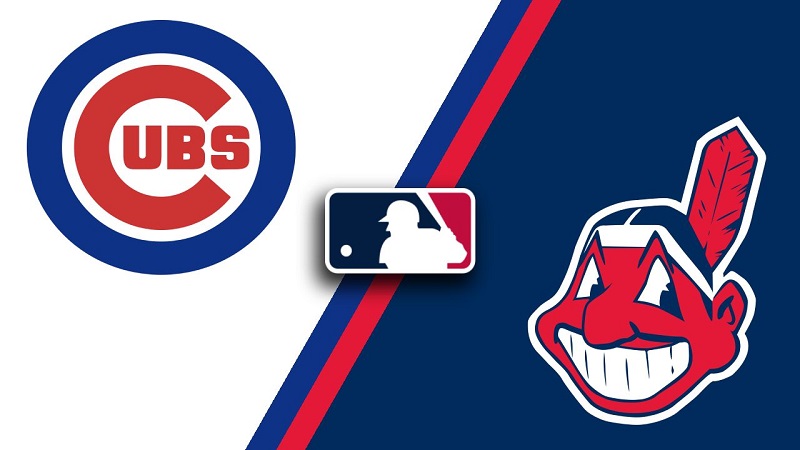 The Cleveland Indians have one actual starting pitcher in the rotation. He’ll look to rebound from a bad outing last time in today’s start against the Chicago Cubs. That pitcher is Aaron Civale and he’ll be paired up against Adbert Alzolay as this quick two-game interleague series begins in the Windy City.

The Cubbies are favored in the -140 range at Jazz Sports with a total of 7. The Indians offense is poor and Civale has good numbers, but the low total is also weather-related with winds blowing in from left.

The Indians had a rough weekend against the lowly Pittsburgh Pirates. Cleveland has been MacGyvering through the season with 37 relievers on the roster and a pretty poor offense, but the Indians somehow have a 39-30 record and sit 2.5 games behind the White Sox with three games in hand. The Indians trail by one in the loss column.

The bullpen finally had some hiccups over the weekend and Jean Carlos Mejia and Kyle Nelson buried the Indians on Friday, though the Tribe did put forth a valiant effort trying to come back in the 11-10 loss. It was a shame to see such a big offensive output squandered because there haven’t been many of those.

The Indians are 21st in wOBA on the season, so the offense has actually been climbing a little bit lately. The Indians do put a lot of balls in play with one of the lowest K% of any team not named the Astros, who are setting the curve too high for the rest of the class. Cleveland has not had much success on hard contact this season, but the weak slate of opponents over the last couple of weeks helped the offense improve.

Based on the line for today, it looks like run support could be limited for Aaron Civale. Civale struggled through his last start with five runs allowed on nine hits over five innings against the Orioles. That start raised his ERA up to 3.48 and he has a 4.37 FIP. Civale has a high FIP due to a low K% and 14 homers allowed in 93 innings of work. He throws a ton of strikes and being around the plate can hurt in the homer department.

The Indians bullpen has been the saving grace. The unit ranks seventh in fWAR and just outside the top five in FIP. Some of the tough outings over the weekend bumped up the numbers, as this unit has been pushed to the limit with Civale as the only healthy starter. Shane Bieber remains out indefinitely and Zach Plesac won’t be back until around the All-Star Break, if not later, depending on when he can start a rehab assignment.

The Cubs offense has really hit the skids lately. That unit now ranks 17th in MLB with a .306 wOBA and only boasts a 94 wRC+. Over the last 14 days, Chicago ranks 28th in wOBA at .264, ahead of the Cardinals and Diamondbacks. The Cubs have a 67 wRC+ in that span, which ranks 29th. A very high K% and a very low BABIP have been the root causes.

The Cubs have actually hit 21 homers over the last 14 days, but most of them have been solo shots, so they haven’t been able to maximize the run potential of those big flies. Some pretty big home/road splits have emerged for the first-place Cubs as well. The Cubs are 40-32, tied with the Brewers atop the division, but the North Siders are 25-12 at Wrigley Field and just 15-20 when out on the road. The Cubs have only scored 69 runs in 19 games this month, with eight games at home and 11 on the road.

Chicago’s home offense has tailed off a bit as well, now ranking 13th in wOBA at .323. The weather can be so bipolar in Chicago and there have been some days with a lot of wind blowing out and others, like tonight, with stiff breezes blowing in. You never really know what you’re going to get at Wrigley day in and day out.

Adbert Alzolay will return from the IL for this start. Alzolay allowed four runs on five hits against the Padres on June 7 and hit the IL after that start. He has a 4.06 ERA with a 4.26 FIP in his 57.2 innings of work. He has an excellent K/BB ratio with 62 strikeouts against 16 walks, but he has allowed 10 home runs. That has really been the primary blemish for Alzolay, who has a .241 BABIP, so the Cubs have done well to convert balls in play into outs. The problem has been the balls that are impossible to field because they’ve become souvenirs.

Like the Indians, the Cubs have an excellent bullpen. Chicago’s bullpen actually ranks fourth in FIP and in the top five in fWAR. It has been a really surprising development for a group that looked like a question mark coming into the season, but be wary of that 2.63 ERA. The Cubs have an 81% LOB% as a bullpen, the highest in baseball.

This is the kind of environment that should give the Indians a chance. Low-scoring games allow them to flex their bullpen muscles. However, that bullpen has been worked to the bone lately. Aaron Civale needs to be a tone-setter for the Indians. The Cubs may not get much out of Adbert Alzolay coming off the IL. Even though the total is low here with the weather, I still think this one has a good shot at going over 7.