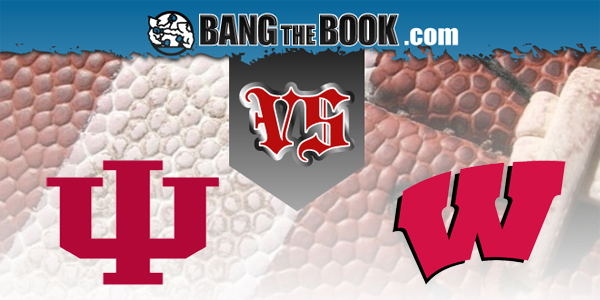 Perhaps a full week of first-team reps will help Jack Tuttle. The Indiana Hoosiers sure hope so because they’ll go into Saturday’s game against Wisconsin with a major unknown at the quarterback position in light of the torn ACL suffered by Michael Penix Jr. in the win over Maryland.

The Hoosiers, despite their top-10 standing according to the AP Top 25 poll, are getting a two-touchdown head start for Saturday afternoon’s game in Madison against the Badgers. Wisconsin will only be playing for the fourth time and the first time since a stunningly bad performance offensively against Northwestern, but that hasn’t stopped the betting markets from taking this line from -13 to -14 at BetOnline Sportsbook.

With a low total of 45, it is worth pointing out that a combination of -14 or higher and 45 points or lower on the total is quite rare. In fact, in games featuring two FBS teams, it has only happened 28 times since the start of the 2018 season. The favorite is 26-2 straight up, but 12-14-2 against the spread.

Oddly enough, the under is 18-8-2 per the KillerSports Database, so games that are supposed to be low scoring have fit the bill in this scenario.

Let’s take a look at what we can expect from this game at Camp Randall:

Jack Tuttle left San Marcos, California to enroll in college in Bloomington, Indiana. Now he’ll get his chance to shine. Tuttle was 5-of-5 for 31 yards in relief of Penix in last week’s game. He was 5-of-11 in relief work for 34 yards as a freshman last season. Penix was not having a good game last week against Maryland, which came as a big surprise because he shredded Ohio State’s defense for 491 yards the week prior.

The fact of the matter is that Indiana’s gamebreakers on offense are wide receivers Whop Philyor and Ty Fryfogle. Fryfogle had back-to-back 200-yard games before being held to two catches for 10 yards last week. Indiana will have to find creative ways to get the ball to those two guys.

Indiana’s defense is solid, but unspectacular. They’ve allowed 5.5 yards per play on the season, but did allow 7.6 yards per play to the Buckeyes. The Big Ten is littered with weak offenses this season, so it’s fair to wonder just how good the Indiana defense is. Up until the Ohio State game, they looked great and had a nice bounce back effort against Maryland last week, but the data points don’t feature many great offenses.

It would be hard to say that Wisconsin is a good offense. After lighting up Minnesota in their season lid lifter, Wisconsin came down with a bunch of COVID cases. That included quarterback Graham Mertz, who was spectacular against the Golden Gophers. He completed 20-of-21 passes for 248 yards and five touchdowns. In two games since, Mertz has gone 35-of-63 for three touchdowns and three interceptions. It would seem as though people prematurely anointed him the savior of the Badgers offense.

Jack Coan has been cleared to play, but Mertz will get the opening call. Wisconsin needs to get the running game going to take some pressure off of Mertz. The Badgers have rushed for 4.5 yards per carry this season. Jalen Berger has six yards per pop, but nobody else has done much to advance the football forward.

Somebody other than Jake Ferguson needs to make a play in the passing game. Ferguson has 18 of Mertz’s 55 completions. He is the only Wisconsin pass catcher with over 90 yards receiving.

In other words, this game just might come down to Wisconsin’s defense. With only three data points against Minnesota, Michigan, and Northwestern, the Badgers defense has shined with just 4.38 yards per play allowed. That ranks fourth nationally, but everybody else in the top 10 has played at least six games. It’s fair to question what Wisconsin actually is at this point in the season and whether or not they can cover 14 with a game expected to be so low scoring.

There are a ton of unknowns in this football game. It would seem like the college debut for Mertz, at least for now, was an outlier. On the other hand, we have no idea what to expect from Tuttle and the Indiana offense, which will end up being one-dimensional if Scott cannot find some running lanes.

The total is a bit precarious as well because Mertz had the three picks last week and Tuttle is making his first college start, so we could see some short fields as a result of turnovers.

Reluctantly, Wisconsin is the play at -14 with the better defense and more offensive upside, but this is a hard game to bet.