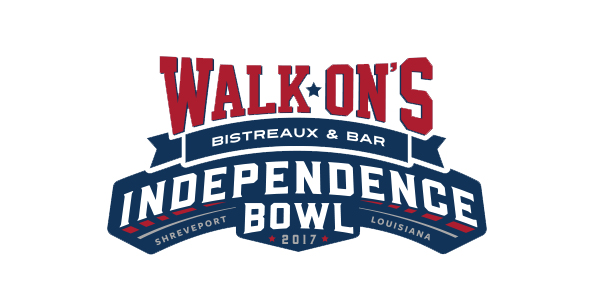 It seems like for much of the season, the Miami Hurricanes played like they didn’t even want to be on the field. So at this juncture, you have to wonder whether they are all that enthused about taking a trip to Shreveport for the Independence Bowl, where they will face off against the Louisiana Tech Bulldogs on the day after Christmas (December 26). Game time is 4 PM ET, and BetAnySports customers will have the opportunity to watch this game and place wagers on it while it is happening, accessing the state-of-the-art software from Sports Betting Ultra.

Miami kind of backed into this situation, as Manny Diaz’s first year at the helm resulted in a disappointing 6-6 record (both straight-up and against the spread). And if you want to talk about an underachieving bunch, you found one: Miami is the only team in the last 40 years to lose three games straight-up where they were favored by 14 points or more. One of those defeats came against crosstown rival Florida International, and it was so shameful to the program that they actually lost a few of their recruits for 2021 immediately afterward. Diaz admitted that he was not properly prepared for the game, which might leave one to ask, “What else was there to do?”

Louisiana Tech is coached by Skip Holtz, whose father Lou had a skirmish or two with the Miami program when he was head coach at Notre Dame. The younger Holtz is in his eleventh bowl game as a head coach, and when he was the head man at the University of South Florida, he registered his first victory there over Miami.

There was something of a controversy with the Bulldogs this season. Quarterback J’Mar Smith, along with two others, was suspended, but there was a lag time between the suspension itself and the announcement of it, with some sharp money coming in against Louisiana Tech in the interim. Just thought we might make a note of that, along with the fact that Smith is off his suspension.

In the college football betting odds for this Independence Bowl, as they are posted by the people at BetAnySports, Miami is favored by just under a touchdown:

Louisiana Tech (9-3 straight-up, 7-5 ATS) registered its best wins against FIU and Southern Miss this season. The aforementioned Smith ranked 32nd nationally in passing efficiency, with 2814 yards and a ratio of 17 touchdowns to only four interceptions. And he was much more accurate this season, completing 66% of his passes (as opposed to 57% in 2018). This team moved the ball pretty well, averaging 34 points per game. Defensively, it bears mentioning that the Bulldogs led the nation this year with FIVE interceptions returned for touchdowns.

We don’t know how excited the Miami players are going to be in this particular situation, but we can tell you that there is a strong connection between their coaching staff and the Louisiana Tech program. Diaz, in fact, served as defensive coordinator there in 2014, and his unit led the nation in takeaways that season. His current defensive coordinator, Blake Baker, succeeded him in that post under Holtz, and was there for four seasons before coming to Miami this year. In other words, Baker is pretty familiar with the personnel.

Surely it’s useful to know that for handicapping purposes, but mindful of the fact that coaches don’t make many tackles, how much of a difference will it really make?

There’s not much question that the defense Baker supervises is the strength of this Miami squad; they surrendered only three yards per carry and ranked 13th in Total Defense. Penetration was a key, as Miami was fourth in the nation in Tackles For Loss and racked up 43 sacks.

Quarterback Jarren Williams, a redshirt freshman, deserves some credit, as he finished among the nation’s top 30 in passing efficiency, despite being under siege for much of the time he was in there. Only three teams in the nation gave up more sacks than Miami’s offensive line, and the ‘Canes were dead last in third-down efficiency, converting only 26.4% of the time.

Stuff like that is not good news as you are coming into a minor bowl game during a holiday season against what amounts to an opponent playing a semi-home game. Make no mistake about the fact that Louisiana Tech will have support, and there is little doubt that Holtz places a lot of importance on these post-season contests, as he has emerged victorious his last six bowl games, five of them at his current post.

One of the interesting things about Miami is that they seemed to reach low points coming off rest periods, going 0-3 ATS after a bye week. They have even acknowledged this, but we’re not sure they have figured it out. And this program has only one bowl victory since the 2006 season. There is so much about these circumstances where outcomes involve who wants to “be there” more, and in this particular situation we don’t think there’s any question about it. Undoubtedly Miami is the team with more talent. But we are more than happy to grab the points.

BetAnySports gives you a lot of value when you get the college bowl season.…… With reduced juice, you get a real break on the odds, and when these games kick off, you get to place wagers while they are in progress, thanks to Sports Betting Ultra or Live Betting Extra.…… And remember that after the games are over, you can apply your skill at the Lucky Live Dealer Casino.…… Open up your account a number of different ways, including debit/credit cards, person-to-person transfers or the virtual currency of Bitcoin, which is fast and easy with their automated system, and NEVER incurs a transaction fee!