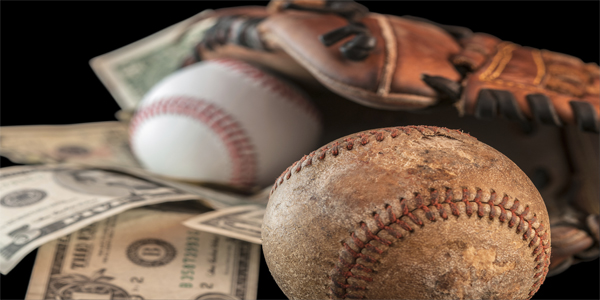 This BangTheBook article details a few key parameters fitting for an MLB season that concludes with a strong betting system that you can bet with confidence. I know I will be doing that. So, without further ado, let’s get started.

During a 162-game season teams will get scorching hot and icy cold for short periods of time. There are always outliers, for instance, as the St. Louis Cardinals went nuts in the last two months of last season. In a 60-game sprint, the peaks and valleys will not be as large and the urgency of teams to stop losing streaks will make the next game akin to a must-win environment.

Public opinion points to the Yankees juggernaut winning at least 40 games and some hecklers say they could win all 62 of the 60-games on the schedule. I meant that actually, but returning back to a serious tone if the Yankees, for instance, lose four straight games they will have to win 40 of 56 games to win the American League East, in my opinion. So, it depends on when the losing streak starts to rear its’ ugly head that does matter most.

Getting Off to A Fast Start

A fast start is what has made Bryce Harper a feared batter in April. I know it is July, but he is rested and motivated and is the type of player – like a Trout – that can carry a team on his back. I am swinging for the fences and putting a reasonable amount on the Phillies to win the NL East and the NL Pennant.

Since 2004, teams that are on a losing streak of not more than 4 games and have hit 15 extra-base-hits over their last three games are a solid 19-13 straight-up (SU) for 59.4% winning bets, averaging a -115 favorite betting line, and produced a handsome 15.1% return-on-investment (ROI). These teams are an even better 15-9 for 63% using the Run Line) and producing an eye-opening 25% ROI since 2004. Extra-base-hits are doubles, triples, and home runs. So, we want teams that hit for power and average both and not just one or the other.

What About the Pitching?

Teams that are on no more than a 4-game losing streak, installed as not greater than a -135 favorite, and their bullpen has allowed no more than one run (earned or unearned) spanning the last three games have earned a SU 62-30 record for 67% winning bets and a solid 9.2% ROI since 2004.

Second Game of a Double Header

In the second game of a double-header teams that lost Game 1 and have no more than a 4-game losing streak, have a starting pitcher on the bump that completed seven or more innings of work, and are facing an opponent that has now won 8-of-10 games are a near-perfect 6-1. Teams playing the next day off a loss in this identical scenario have earned a 41-37 for 53% winning bets and a nice 7% ROI, but an even more impressive 36-24 using the Run Line for a 16% ROI in games played since 2004.

The takeaways from this MLB 60-game sprint betting system is to identify teams that are strong hitting teams that are near the top in the extra-base-hit category and need to stop a losing streak of not more than four games. Moreover, getting a starting pitcher that completed seven more innings of work or a hot bullpen that allowed one or fewer runs despite losing no more than four games is another money-making situation.

I will be updating this article once the season starts and it will otherwise, I am going to increase my ownership in ALL publicly-held craft beer companies and go visit Mr. Adam Burke so he can help guzzle them down with me on some desolate golf course he talks about on the Podcast. But seriously, stay safe, and if you are in any area, especially the area I live in, have respect for others and wear the mask. I am the first to admit it sucks to wear one, like doing the honey-do list (she will not read this, I hope), but it protects others, yourself, and is respecting all people.