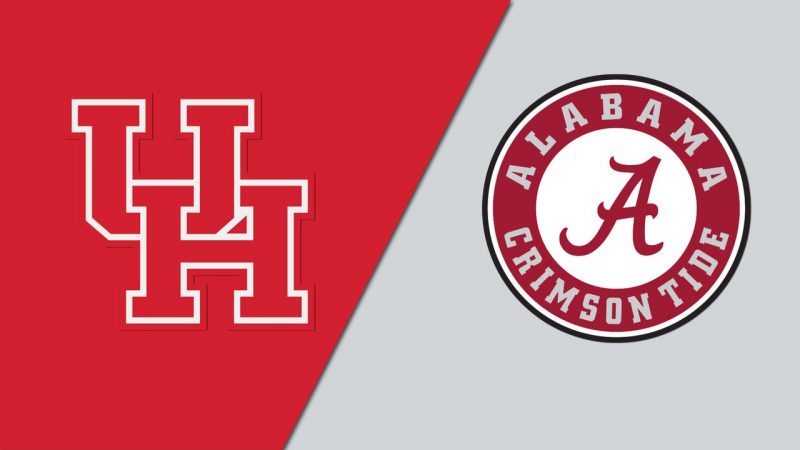 The 2021-22 college basketball season continues Saturday, December 11, 2021, with the marquee matchup at Coleman Coliseum in Tuscaloosa where the No. 14 Houston Cougars face off against the No. 9 Alabama Crimson Tide.

The Cougars meet the Tide for the first time since 1979. Houston aims for its third straight win over Alabama, opening as a small road underdog on Bookmaker Sportsbook, so let’s see what’s the best Cougars vs. Crimson Tide betting pick.

Houston continues to torture its rivals

The Houston Cougars (8-1; 6-3 ATS) are coming off a 77-45 dismantling of Alcorn State this past Monday. It was their fourth win in a row, though the Cougars failed to cover a massive 33.5-point spread on the home court.

Houston has won its last four games by an average margin of a whopping 42.2 points. Last week, the Cougars hammered Bryant 111-44 as 23-point home favorites, making 62.0% of their field goals and 43.5% of their 3-pointers. Senior guard Kyler Edwards posted a double-double of 12 points and 10 rebounds, while sophomore G Tramon Mark added 22 points off the bench.

The Alabama Crimson Tide improved to 7-1 SU and 6-2 ATS on the season following a huge 91-82 victory over Gonzaga this past Saturday. Playing as 9.5-point underdogs at the neutral site at Climate Pledge Arena in Seattle, the Tide outplayed the Zags and extended their win streak to three games.

Alabama went 16-for-22 from the charity stripe, while Gonzaga missed 12 of its 25 free-throw attempts. The Tide took their chances and junior guard Jaden Shackelford led the way with 28 points on 10-for-16 shooting from the field and 6-for-8 from downtown.

Houston possesses great depth and matchup with Alabama well. The Cougars are capable of slowing down things, while their defense could easily make the difference down the stretch. Neither of these two teams shoots well from the free-throw line, so we should see a proper thriller that could easily go either way.

The Cougars have to make this game ugly and slow down the tempo. They’ll insist on a physical play, so I’m going with the under. Ten of Houston’s last 15 games against the Southeastern Conference have gone under the total. The Cougars have allowed more than 58 points only once in their last eight outings.

Alabama will look to speed up things, but the hosts have to be careful and avoid turnovers. The Tide will have to execute their offense at the highest level to get this game over the total.