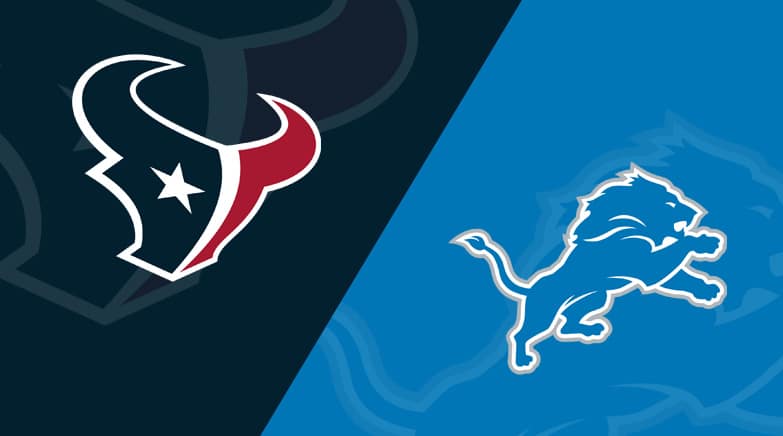 The Houston Texans have continued their slight upswing after firing head coach and GM Bill O’Brien, going 3-3 after a 0-4 start. Since their bye week, they have won at Jacksonville, lost by three at Cleveland and beaten the New England Patriots. Next up is a Thanksgiving Day trip to Detroit to take on a Lions team that simply looked dreadful in getting shut out by Carolina (and the Panthers had a backup quarterback, no less).

The Lions were 3-3 after a one-point win at Atlanta, but since then they have lost to Indianapolis, Minnesota and Carolina, beating Washington on a last-second field goal after giving up a 17-point lead in the fourth quarter.

Which team will win? Check out our thoughts, and you’re ready, head down to JAZZSports.ag, make your own bet of at least $100 (Pre-Game or Live Odds) on any one of the three Thanksgiving NFL games and receive $25 Free Play on Sunday (Nov. 29th), with no rollover requirement! SignUp NOW

Why the Texans Will Win

Deshaun Watson has put up solid numbers, with 20 touchdown passes against just five interceptions. Brandin Cooks, Will Fuller V and Randall Cobb have turned into a serviceable wide receiver trio, but tailback David Johnson only has 408 yards through ten games.

The defense has been a problem for Houston, allowing 411.7 yards and 27.2 points per contest. Zach Cunningham is the team’s leading tackler with 101, and J.J. Watt has piled up four sacks. Houston seems to be playing better football right now, but they haven’t won two games in a row since December 2019. Their defense has a hard time stopping opponents (although they did hold Cam Newton and the Patriots to 20 points). Houston also has a hard time running the ball, which speaks both to issues on the offensive line and productivity issues out of Johnson. Watson did pound the ball himself to score a key touchdown on Sunday.

Why the Lions Will Win

Detroit has gotten decent play out of Matthew Stafford (17:7 TD:INT ratio). However, despite throwing seven touchdown passes in his last four games, Stafford is having issues with his right thumb – and playing anyway. Even so, that appears to be limiting his accuracy, particularly on balls down the field. The running game has not done much to support Stafford either, with Adrian Peterson only running for 389 yards through ten games.

The Lions’ defense is also porous, permitting 28.7 points per game. Romeo Okwara has been a beast on the pass rush, logging six sacks, but overall the Lions haven’t been stopping teams. Given that Matt Patricia, their head coach, is supposed to be a defensive guru, that’s not a good sign for his job security.

Two bad defenses playing on a short week (when point totals tend to be a little bit lower due to fatigue) means the sports betting advice here is a bit on the risky side. I still like the over, because neither team is playing defense right now. That loss to Carolina showed me that Detroit may be in give-up mode, while the Texans are still fighting. I like Houston to win a close track meet.