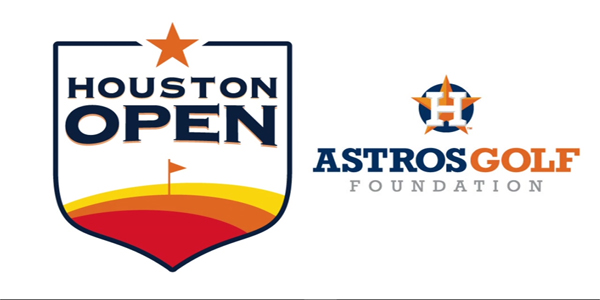 Credit to all involved with the PGA Tour for making this calendar switch. The Vivint Houston Open will once again be the lead-in to the Masters. However, because it’s 2020 and nothing can be as we remember it, there is a venue change. The Golf Club of Houston will not host the event, rather the Memorial Park Golf Course will be the site of this year’s Houston Open. It’s a public course that costs $38 to play on weekends.

With a new course and a field of quality players on hand to iron out the kinks before the trip to Augusta National, let’s check this one out with the help of some odds from MyBookie Sportsbook.

This is arguably the most top-heavy field we’ve had on the PGA Tour in quite some time. Dustin Johnson is out to shake off some COVID rust and he’s the deserving favorite at +750. Tyrrell Hatton has played well all over the world over the last few months, but the gap from +750 to +1400 seems pretty significant. Hatton probably gets down around +1200.

Brooks Koepka, Hideki Matsuyama, and Tony Finau are all +1800. Koepka has been nursing an injury. Finau, too, was out for a bit, but with COVID-19. The low prices are a mix of up-and-comers and established, proven winners. That makes for kind of a fun field.

We don’t have a ton of big names on hand, but we have enough quality players to make a good field. Players had to weigh the risk/reward of being around this week and risking COVID in advance of the Masters next week. This course is not Golf Club of Houston, which many players say has some similar elements to Augusta National, so that has likely cut the participation down a bit as well.

Koepka was part of the consultants that worked on the redesign of this course to bring it up to PGA Tour standards, so he should know his way around. This course last hosted a PGA Tour event in 1963 and was very popular back then among the players. This municipal course welcomes 60,000 patrons per year according to the course’s official website.

It will play as a par 72 coming in around 7,400 yards. The course truly has been lengthened and does play a pretty good distance from the tips. The hope from tournament organizers is that they would find a way to make it play somewhat similar to Augusta in terms of thicker rough and some areas around the greens that will be cut down so that errant approach shots wind up on thinner grasses and run away from the hole.

Well, given that the last PGA Tour event here was in 1963, we don’t have much to say about horse for course angles. Sand players won’t like that the course went from 54 bunkers down to 20.

Tom Doak, who redesigned the course along with Koepka’s input, has never had a PGA Tour event played on one of his courses, so it would be hard to even find something comparable.

In other news, we’re flying sort of blind into this event. When all else fails, look for iron players and guys that putt well. These are Bermuda greens instead of the Bentgrass we’ll see next week at the Masters, but Augusta National is well-known for very fast greens. Bermuda plays different than Bent, of course, but expect these to be as quick as tournament organizers can get them. That would bring proximity to the hole into play, so again, looking at iron and wedge players.

There are some long holes on this course and it would appear that they’ll favor players that hit a draw, as there are a couple dogleg lefts and some holes in which being on the left side of the fairway is beneficial. That would, of course, benefit somebody like Dustin Johnson the most.

DJ, though, is returning from a long layoff and a new course and bigger fish to fry on the horizon brings a lot of players into the mix.

Doc Redman is too big of a price at 50/1. He’s top 30 in both SG: Approach and SG: Off-the-Tee since the PGA Tour calendar flipped over. He’s 24th in SG: Tee-to-Green. Putting is always his problem, but putting will likely be a problem for most players this week with some new surfaces and different green complexes.

James Hahn just might be playing the best golf of his life. Hahn, who is 14th in SG: T2G and eighth in SG: Total this PGA Tour season, is 60/1. All Hahn has dude is finish fifth, sixth, and ninth in his last three events. He hasn’t played in a few weeks, so he’s probably been forgotten about a little but, but he’s borderline top-30 in ball striking and has been well on the plus side in putting.

To take a big price here, Ollie Schniederjans, who was not listed at time of posting last week, is +125000. Schniederjans finished third last week as he came over stateside after in the top 12 in four of his previous eight events on the European Tour. He did miss the cut in those four, but he seemed pretty comfortable in Bermuda last week.

Patrick Rodgers is another big roll of the dice this week at +17500. Rodgers has been pretty poor this season, except for being 34th in SG: OTT in his eight rounds. Last season, Rodgers was 11th in SG: Putting and 55th in SG: OTT. Approach isn’t his strong suit, hence the big price, but at 175/1, he’s worth a small wager.

Coverage of the Vivint Houston Open will be on Golf Channel.