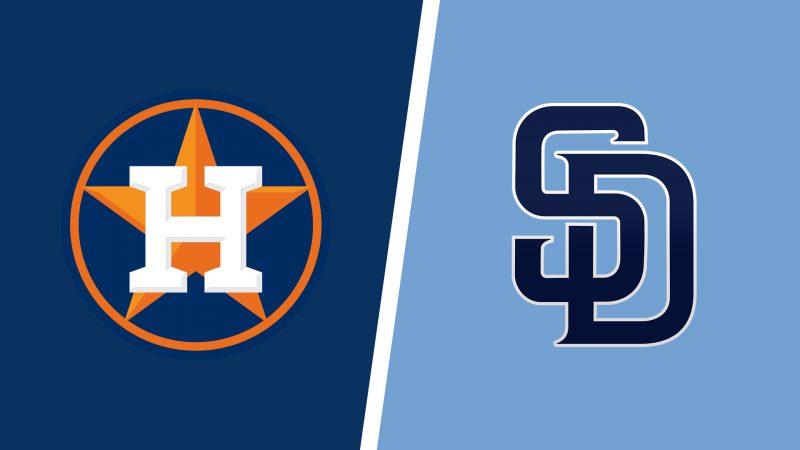 The Houston Astros and San Diego Padres lock horns in the middle clash of a three-game series at Petco Park in San Diego, so we’ve prepared the best betting pick and odds for Saturday night’s interleague showdown from California with the first pitch at 8:40 PM ET.

The Padres are slight home favorites for this game, sitting at -117 moneyline odds on Bookmaker Sportsbook. The Astros are +107 underdogs with a total of 8.0 runs.

The Houston Astros entered the Padres series off a 1-0 defeat at Seattle, as they dropped a three-game road set against the Mariners, 2-1. The Stars fell to 78-55 on the season, recording their fifth loss over the previous ten games overall (Friday’s contest at San Diego has been excluded from the analysis).

Over the last two weeks, the Astros have recorded the sixth-best OPS in the majors (.790) even though they’ve failed to score in each of their last two outings at T-Mobile Park in Seattle. On the pitching side of things, they’ve posted a 3.92 ERA and 1.19 WHIP.

Framber Valdez will take the mound Saturday at Petco Park, and the 27-year-old lefty is 9-4 with a nice 2.91 ERA and 1.22 WHIP in 17 starts this season. He met the Padres in May and threw four innings of a one-run ball. Over his previous four starts, Framber has recorded a 2.03 ERA across 26.2 frames, allowing a .534 OPS to his opponents.

The San Diego Padres have lost 14 of their last 19 games overall. They fell to 71-63 on the season following an 8-3 loss at Arizona last Wednesday, so the Padres were half a game behind the bottom wild card in the National League on Friday.

San Diego is slashing only .183/.284/.306 in the last couple of weeks. The Padres desperately need more from their offense, as they have so many dangerous weapons on their lineup.

Joe Musgrove will get the Astros Saturday, and he shut down Houston on May 30, allowing just three hits across five scoreless frames in relief. The 28-year-old right-hander is 9-8 with a 2.85 ERA and 0.99 WHIP in 25 starts and one relief app in 2021. He’s registered a shiny 2.08 ERA over his previous six showings, although Musgrove got pounded for six earned runs in a 7-0 defeat at Arizona on August 14.

Frankly, this game could easily go either way. Both teams have a lot at stake, so I would avoid the side bet. Also, they’ve been pretty inconsistent as of late, and there are no recent betting trends to help, though the Padres have won five of their previous six encounters with the Astros.

The Padres bullpen has struggled mightily in the last couple of weeks, recording a poor 5.12 ERA and 4.83 FIP. The Astros’ pen hasn’t done much better, tallying a 5.11 ERA and 4.00 FIP.

Although both bullpens have struggled recently, I’m expecting improvement in this series at Petco Park that is a pitcher-friendly ballpark. The Padres are awful at the plate, especially against the lefties (.707 OPS this season), while both starting pitchers promise a solid performance.

The under has hit in five of the last nine meetings between these two interleague foes, though the over is 4-1 in the previous five. Also, the under is 6-3 in Houston’s last nine outings, and it is 9-4-1 in San Diego’s previous 14 showings at any location.