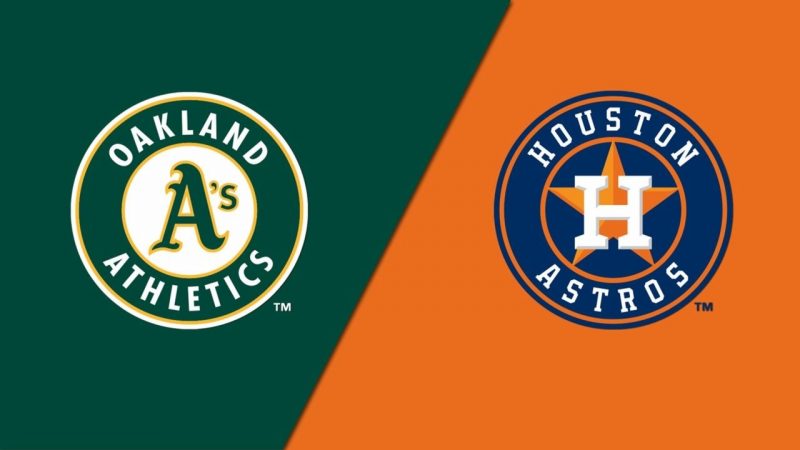 Houston and Oakland meet each other for the first time in 2022 on Monday, May 30, to start their 19-game regular-season series, so we bring you the best Astros vs. Athletics betting pick along with the latest odds update on MyBookie Sportsbook.

The Stars and A’s open a three-game set at Oakland Coliseum, and Houston is listed as a road fave to win this battle. Last year, the Astros won 11 of their 19 encounters with the Athletics.

The Astros hope to see more from their offense

Sunday’s games have been excluded from the analysis, and the 29-18 Houston Astros were looking to avoid a sweep in a three-game road series against the Seattle Mariners, who have outscored the Stars 12-1 through the first two contests.

The Astros’ bats have struggled mightily over the last seven days, tallying the lowest OPS in the majors (.562). Houston is scoring 4.06 runs per game (tied-20th in the MLB) and desperately needs more from its offense.

When it comes to pitching, the Stars boast the third-lowest ERA in baseball (2.94). Framber Valdez will toe the rubber Monday at Oakland Coliseum, aiming for his fourth consecutive win. The 28-year-old lefty has allowed only five earned runs over his previous three starts and 21.2 innings of work. Framber carries a 4-2 record, 2.83 ERA, 1.22 WHIP, and 43/19 K/BB ratio into Monday’s clash.

The Athletics need more from their pitching staff

The Oakland Athletics fell to 19-30 on the season following a heavy 11-4 defeat to Texas this past Saturday. It was their third loss in a row and tenth in their last 14 showings, and the A’s were looking to avoid a sweep in a four-game set against the Rangers on Sunday afternoon.

Over the last couple of weeks, the Athletics’ pitching staff has registered a poor 5.53 ERA, 1.49 WHIP, and .272 batting average against. Their bullpen has posted a disastrous 6.66 ERA and .389 BABIP in the last seven days of action.

Paul Blackburn will have to slow down eventually. He’s 11-11 with a 4.70 ERA and 1.36 WHIP in 36 career starts and three relief appearances. The current Astros are slashing .308/.363/.539 in 53 at-bats against Blackburn, so I’m expecting Houston’s offense to break out of its funk in this matchup.

If Paul Blackburn starts to struggle, the Athletics will be in trouble. I’ve mentioned how bad their bullpen has been recently, and the Astros still own one of the most dangerous lineups in the majors despite their recent slump.

Houston’s bullpen is doing a good job, and in the last seven days, it has recorded a 1.59 ERA and .200 BABIP. Hereof, I lean toward the under because the Astros could easily shut down Oakland’s offense.