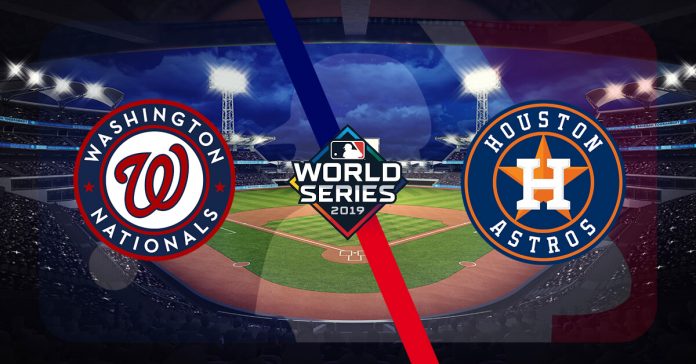 The Houston Astros will be taking on the Washington Nationals in Game 3 of the World Series. The Nationals currently have a commanding 2-0 series lead, and the matchup is going to be nationally televised on Fox. The first pitch is scheduled for 8:07 p.m. ET.

The Astros have gone 114-61 SU throughout the regular season and postseason, and are 95-80 against the spread (ATS). The team hasn’t moved the needle a whole lot this year, gaining 3.5 units for moneyline gamblers and 1.7 units ATS. Houston is 3-4 ATS over its last seven games and the over has hit in four of those seven. The Nationals, on the other hand, are 103-71 SU and 101-73 ATS. The team’s gained 14.9 units for bettors taking the moneyline and 25.2 units ATS. Washington has covered the spread in each of its last seven games and the total has gone over in five of those seven.

The Nationals are looking for another victory following a 12-3 win in Game 2 of the series.

The under has cashed in three of Houston’s last seven games.

The Astros have a total OPS of .838 this season and an OPS of .823 when facing right-handed pitchers. The Nationals’ OPS stands at .795 overall and .786 versus righties.

The Astros have lost three of their last four games SU.

Five College Football Upsets to Watch for in Week 5

25 Days of Poker in December at BetOnline