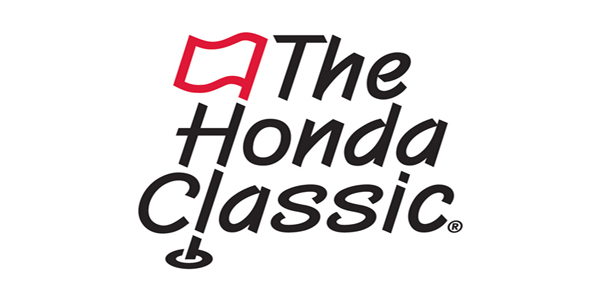 With a WGC event on the horizon and three straight high-octane events, quite a few players are taking this week off as the Honda Classic takes place at PGA National. This event is here for the 15th time on the Champion Course in Palm Beach Gardens, Florida. This will end the Florida swing, as the golfers won’t be back until the Valspar Championship at Innisbrook in early May.

Coming out of the WGC, two Invitational tournaments, and then the PLAYERS Championship, the PGA Tour’s signature event, some strong players are at the top of the board, but the overall strength of this field is quite a bit lower with the Dell Match Play next week and The Masters just two weeks after that.

We’ll break this one down for you with the odds from BetAnySports.eu down at the bottom of the page.

Daniel Berger and reigning champion Sungjae Im headline this week’s field. Lee Westwood will give it another go after playing a round at Augusta National with his son on Monday to decompress from what happened last week at the PLAYERS Championship when he came up one shot shy of Justin Thomas. Joaquin Niemann is also on hand, along with Brian Harman and Talor Gooch, who both had strong showings at TPC Sawgrass.

To give you an idea of where this field stands, though, Adam Scott is +2500. Rickie Fowler is down at +4500. This is not a heavy field at all. It’s a good time to go price hunting for sure. I hate to harp on who isn’t here when there are a lot of good players that are on hand, but this field is lacking top-end talent to say the least.

PGA National is a par 70 that comes in at 7,125 yards. The Bear Trap is what this course is known for with lots of water in play on holes 15 through 17. Wind can be a huge issue on this course because there are not a lot of trees to obstruct the breeze. Club selection is really important, just as we saw on Sunday’s final round at Sawgrass when the winds picked up.

Aggression can be really punished here. Players tend to be a little bit risk-averse off of the tee, going with long irons and fairway metals over the driver. Getting in trouble and having to scramble when par is a good score can be challenging.

How tough is scoring on this course? Rickie Fowler, Rory McIlroy, and Camilo Villegas are the only players to win with a score of at least 10-under par. When Im won last year, he was just 6-under. The winning score is typically around 8 or 9-under. There are only two par 5s and some big par 4s.

This is our Horse for Course section. The players that have played well here are guys that have been in good form because this is a very hard course to consistently score well at for a variety of reasons.

The problem is that virtually none of those guys are in great current form. Henley was eighth here for his third straight top-25 finish, but he has been 30th or lower in his last four events. Im is in the best shape of past winners, but that’s why he’s second on the board at +1200. Fowler missed the cut last year and also last week, but was second two years ago. He has three top-10 finishes here lifetime.

Westwood was fourth here last year and has racked up back-to-back runner-up finishes, hence the low price at +1800. Scott has three top-15 finishes to go with his lone win here.

If Westwood has turned back the clock, maybe Luke Donald can do the same. He was 11th here last year and has several top-10 finishes in the past. Speaking of older dudes, Graeme McDowell has four top-10 finishes and a 14th in his career. Charl Schwartzel has been 17th and 16th the last two years to go along with top 10s in 2013 and 2012.

The shortest price on my list this week is going to be Brendan Steele at +4000. Steele has made seven cuts in a row overall and was fourth in The Honda Classic last year. He had three straight top-15 finishes from 2015-17. He was seventh in SG: Tee-to-Green here last season.

Matthew NeSmith is +9000. He’s tied for second in ball striking among the players in this field. He was in a great form cycle for a seventh, 16th, and 20th recently, but has missed two straight cuts. He was 38th in his first career start here. This is a good price on a ball striker and we’ve seen how well ball strikers do in Florida with the most recent winners.

One thing I would look to do here is fade Lee Westwood in matchups. Westwood spoke about being tired for the final round in his post-tournament media scrum. I’m a little surprised he isn’t skipping this event, but he’s in the field for now. He’s 47 and the Florida sun can be a lot. He’s been in the thick of two straight events on tough courses and he really sprayed the ball around on Sunday. He’s a fade guy for me.

Coverage of The Honda Classic will be on Golf Channel and NBC.

ODDS FOR THE 2021 HONDA CLASSIC PER BETANYSPORTS