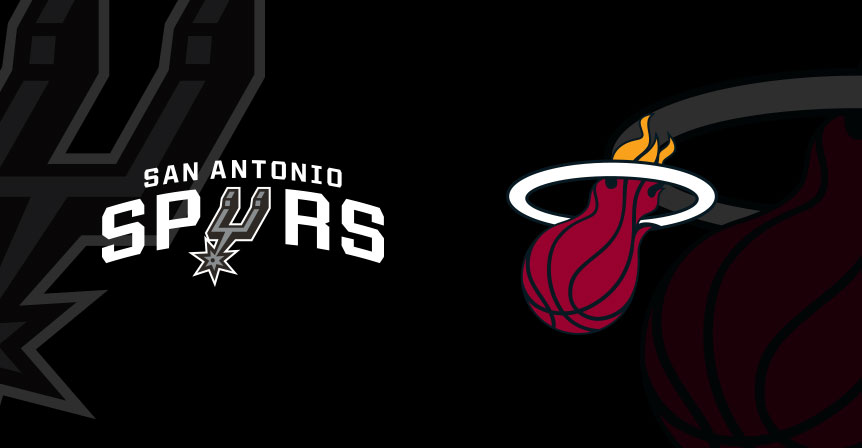 Right now the signs point very strongly toward the Miami Heat and San Antonio Spurs being involved in SOME kind of playoff situation. But they may have to win their way into the field.

The game they play against each other on Wednesday night might go a long way to determining whether either one of them can go right into a series rather than a “play-in.” The Heat, as the defending Eastern Conference champion, has been something of a disappointing entry. But the Spurs might be a bit of a different story, as they have been in a transition phase, which coach Gregg Popovich has, by all accounts, handled nicely.

Here is the setup, as it is posted at BetAnySports, where you can get reduced juice on this game, along with Sports Betting Prime, which enables real-time wagering:

Miami (32-30 SU, 27-35 ATS) is tied with Boston for the sixth spot in the East. That’s extremely critical, because whoever finishes lower will have to be involved in a play-in process, where if they lose to the 8th seed (right now Charlotte) and then to the winner of the game between the #9 and #10 teams, they’re out of the playoffs entirely.

Derrick White will be out of this game for San Antonio with an ankle injury, while the Heat will once again be missing Victor Oladipo (he’s only played four games for them) with Duncan Robinson, Kendrick Nunn, Tyler Herro (who’s been an off-the-court problem for them) and Andre Iguodala listed as “day to day.”

San Antonio’s last game was a wild one, as it won a 146-143 overtime decision over the Washington Wizards. DeMar DeRozan had 37 points, with Dejounte Murray adding 25 and Keldon Johnson 21. They committed only six turnovers in the 53 minutes of play. Also, not one member of San Antonio’s starting five made a three-pointer.

That’s the more telling stat; San Antonio has attempted more two-point shots than any other team in the NBA. They have also taken fewer three-pointers than all other teams but one. All told, the Spurs have taken just 32% of their shots from beyond the arc.

We mention this because in the last meeting between these teams, which took place just a week ago, the Heat held the Spurs to just 34 points and 29% shooting in the second half on the way to a 107-87 victory. Miami forced San Antonio to take 35 shots from long range – that was 45% of their attempts.

And that is not an accident. The Heat’s defensive scheme has coerced opponents to take fewer two-pointers and the second most triples of any team in the league.

So in other words, their design was very successful in making the Spurs do what they DID NOT want to do on offense. And that is a formula for success.

Maybe the total will work for you here (i.e.,the under), but because they can extract a matchup advantage as we’ve described, we’re going to lay the points with MIAMI, even though it looks on paper as if they are banged up.

BetAnySports gives you all the NBA action you can possibly handle. And the really good part is that you can get better odds with reduced juice, as well as real-time wagering through Sports Betting Prime…..And if you are looking for a headache-free method to get involved, Bitcoin is welcomed with open arms, and NO transaction fees!

Sign up for an account through Bang The Book  and use the bonus code of BTB50 and it will be good for a 50% Welcome Bonus up to a $1,000 Deposit!