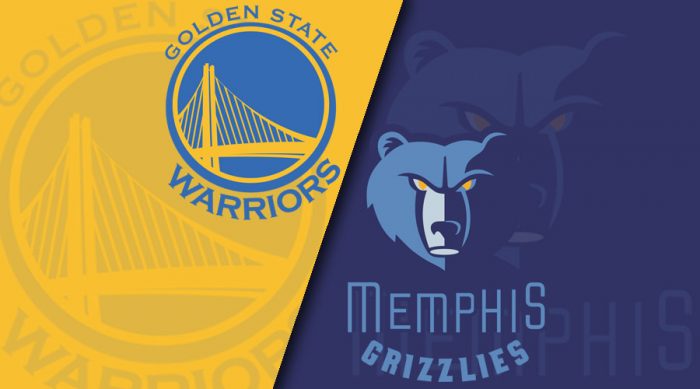 Nobody envies the spot that the Golden State Warriors are in on Friday night. The Warriors left it all on the floor in Wednesday’s 103-100 loss to the Los Angeles Lakers, as LeBron James hit yet another signature shot with a 30-foot fadeaway three to win the game. The loss sent the Warriors into this win-or-go-home game against the winner of the #9 vs. #10 game, the Memphis Grizzlies.

Golden State is -4.5 with a total of 220.5 at Bookmaker Sportsbook for the last of the play-in tournament games. The winner draws a date with the Utah Jazz. The loser will go home empty-handed with no parting gifts.

Let’s dig into this one and see what we can find.

This is a long way for Memphis to go, but it is a trip the Grizzlies just took this past weekend. Memphis had won five in a row before losing 113-101 in the regular season finale. That win wound up being the sixth in a row for Golden State, who has now covered seven straight.

Memphis played everybody in that game in hopes of avoiding the Lakers in the play-in round, but came up short. Maybe the Warriors should have done the same, but this was the likeliest outcome for them anyway. Jonas Valanciunas had 29 points on 12-of-15 shooting and 16 rebounds in the game, so the Warriors had no answer for him whatsoever. They had better find one quickly.

Ja Morant was just 7-of-21 from the floor against the Warriors and followed that up by going 8-of-20 against the Spurs in the 9/10 game. Once again, it was Valanciunas who led the way with 23 and 23. Dillon Brooks had 24 points. Memphis got next to no production from its bench in that game, as the team relied heavily on the starters to get over the hump and on to the next game.

For Memphis, defense is the key to success. Offensively, the team ranked 22nd in eFG% for the regular season, but 12th in eFG% defense. Memphis was 27th in 3P Rate and 20th in making those long-distance jumpers, so in today’s NBA, the Grizz have no choice but to play defense. They still ranked 18th in 3P% against, so this looks like a bit of an uphill climb, even with the spot for the Warriors. The Grizzlies were much better at defending twos at 52.5%, which ranked 11th.

The story remained virtually the same for the Warriors in the play-in game as it has for most of the season. It was all on the shoulders of Steph Curry. Curry had 37 points and did his best to will the Warriors to victory, but it wasn’t enough, as Golden State blew a 13-point halftime lead.

Draymond Green had all of two points in support of Curry. Andrew Wiggins had 21, but didn’t really fill up the stat sheet elsewhere. Kevon Looney somehow only managed six points while securing five offensive rebounds. The supporting cast needs to be better for the Warriors in this game. Curry will get his, but it’s what the other guys do that will likely decide the game.

It could be tough sledding for the Memphis offense and that is especially true if Golden State finds somebody to slow down Valanciunas. The Warriors were top-five in defending two-point shots during the regular season. Golden State was also eighth in defending threes. How this team couldn’t play better may be something of a mystery.

After all, Golden State wound up 11th in 2P% and ninth in 3P%. Turnovers were a bit of a factor, along with an inability to get to the line regularly. The Lakers did have 10 more free throw attempts than the Warriors in that 8/9 game, so it wound up being a factor there.

As bad as this spot is for the Warriors, and as identical as the records are, it’s hard to objectively look at Golden State and feel like they are the inferior team. Curry plays such a huge role to be sure and the supporting cast is iffy. With Memphis, Morant, Valanciunas, and Brooks can all shine and contribute.

Still, the Warriors are the better defensive team and not the team with the long travel after an emotional victory. It isn’t the best of spots for either team, but give me the Warriors here.