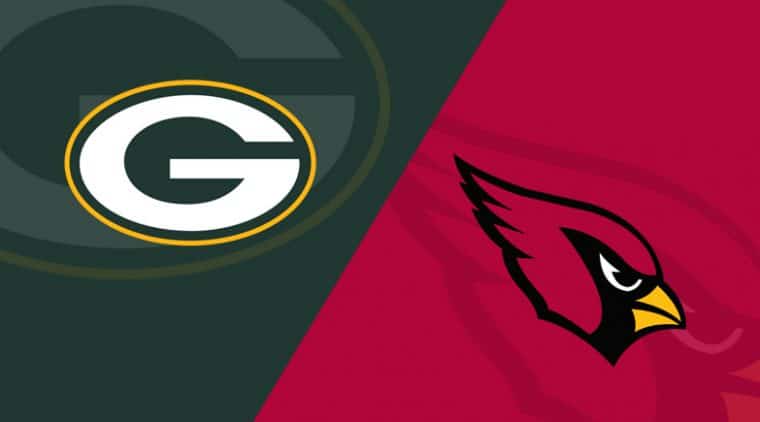 Week 8 of the 2021 NFL season kicks off with Thursday Night Football from State Farm Stadium in Glendale, Arizona, so we bring you the best Packers vs. Cardinals betting pick and odds along with the latest team news, stats, and betting trends.

The Cardinals opened as 3.5-point favorites on Bookmaker Sportsbook, but after Green Bay announced that WR Davante Adams and defensive coordinator Joe Barry tested positive for COVID-19, the line went from 3.5 to 6.0 points. The totals sit at 51.0 points, while the Packers are +220 moneyline underdogs.

The Green Bay Packers (6-1; 6-1 ATS) are rolling on a six-game winning streak following a 24-10 victory to the Washington Football Team in Week 7. Aaron Rodgers completed 27 of his 35 passing attempts for 274 yards and three touchdowns, while the Packers’ D held their rivals to 0-for-4 in the red zone.

Davante Adams had six catches for 76 yards and a TD last Sunday, and his eventual absence will be a massive blow for the Packers’ offense, though Green Bay is 6-0 SU without Adams under head coach Matt LaFleur. WR Marquez Valdes-Scantling might come off injured reserve, and his return would be a huge boost.

The Arizona Cardinals (7-0; 6-1 ATS) extended their perfect run with a 31-5 thrashing of the Houston Texans in Week 7. After a slow start and a 5-0 deficit early in the second quarter, the Cardinals got things going on both sides of the ball and rolled past the Texans.

Arizona yielded only 160 total yards and eight 1st downs to Houston. The Cardinals’ offense racked up 172 yards on the ground (4.6 per carry), while Kyler Murray went 20-of-28 for 261 yards, three touchdowns, and an interception. TE Zach Ertz had three catches for 66 yards and a TD on his debut with the Cardinals, proving he’ll be a great reinforcement.

These two NFC foes meet for the first time since 2018, and Arizona is 4-1 SU and 3-2 ATS in its previous five games against Green Bay. Both teams have been outstanding against the spread so far this season, so the betting trends are not helping much. The Packers have covered only once in their last four outings as dogs of six or more points, while the Cardinals are 6-2 ATS in their last eight showings as favorites of six or more points.

Betting against Aaron Rodgers is often a bad idea, but the Packers will have a mountain to climb, playing without one of the best wideouts in football. Green Bay is 9-0 SU and 8-1 ATS in its last nine prime-time games, and that run should come to an end in Glendale. The Cardinals look like a real deal on both sides of the ball, but I cannot feel comfortable with a 6-point spread.

The under is 7-2 in the last nine encounters between Green Bay and Arizona. Also, the under has hit in the Packers’ last four games and six of the Cardinals’ previous nine. Riding these betting trends seems like the best move for the Packers vs. Cardinals matchup, considering how good their defenses have been so far this season.

Both teams should look to run the ball as much as they can. Neither run D has impressed, but when it comes to passing and scoring defense, both Green Bay and Arizona are among the best in the league.