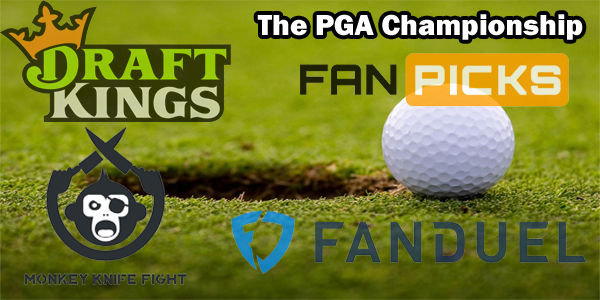 Major fields mean major opportunities to get strong players at cheap prices. The PGA Championship at TPC Harding Park is the first major of this wretched 2020 calendar year. Fans won’t be on hand, but 95 of the top 100 players in the world will be. And there are only so many dollars that each player can cost.

Our goal each week in this DFS piece is to find the value players. The ones that could post low enough numbers for a cheap top-10 or top-15 finish that can be the difference between finishing in the money and finishing with nothing but a lost entry fee. We know you want to take as many top players as you can, but that costs money and that is why we dig deep for the value guys.

TPC Harding Park is going to play more like a US Open than a PGA Championship in the minds of most, so the fairways will be narrow and the rough will be extremely penal. As a result, we’re looking at some accurate drivers and some good scramblers. If this ends up like last year at Bethpage Black, par is going to be a really, really good score.

Salaries are from DraftKings as we look at the top value picks for the 2020 PGA Championship:

Brendon Todd ($7,400) – Generally speaking, about $8,000 is the cut-off in these things, but we often try to look a lot lower. This week, Brendon Todd is up near the top of the salary range we’re looking for in this event. Todd is $7,400 and has played well the last four events. He’s had terrible Sundays, shooting 75, 76, 73, 75, so there is a certain degree of hesitance to back him here. He’s been hurting those that have rostered him when it matters most. Todd is third in driving accuracy and that is going to be a huge part of the equation this week. He’s also 33rd in SG: Putting per the official PGA Tour site. Todd had two wins before it all shut down, but he has two top-15 finishes and another top-25 in his last four events. This is a great price on him.

Scottie Scheffler ($7,300) – Scottie Scheffler might have found something last week. He posted four rounds in the 60s en route to finishing T-15th at the WGC-FedEx St. Jude. Scheffler now has back-to-back top-25 finishes. He, like Todd, had a terrible final round at the Memorial, but a lot of guys did as the weather came into play. Scheffler was pretty popular before the shutdown, but then struggled coming back from the layoff. It seems like he has figured it out a little bit now. Scheffler is 10th in SG: OTT for the season. He was fifth in SG: T2G last week. If he can roll some putts better, he’ll be a factor.

Cameron Champ ($7,000) – Play off the tee is going to be crucial this week. This will play as a par 70 of over 7,200 yards. Cameron Champ isn’t the more accurate drivers, but he is one of the most powerful guys on the PGA Tour. Even if he winds up with some shots from the cabbage, he’s plenty strong enough to get those out of there. Champ was third in SG: OTT last week at TPC Southwind and had a really impressive showing from the tee box. Putting will ultimately matter in every tournament, but the give and take of this format may mean easier greens because of some thinner fairways and penal rough. As long as Champ can rack up enough GIRs, he can post some good scores at a cheap price. Champ is second for the season in SG: OTT.

Corey Conners ($7,000) – The most famous person from Listowel, Ontario is Jared Keeso of Letterkenny fame. The second is Corey Conners. Conners is a SG: OTT master. He ranks 14th in that. He’s also 14th in SG: Approach. He is just a bad putter and his chipping and pitching games need work. But, he’s in the top 20 in SG: T2G for the PGA Tour season. Conners is 4th in GIR percentage this season and 31st in driving accuracy. This course probably won’t require a masterful putting effort if the fairways and the rough are going to be so challenging, so this just might be the type of week for a ball striker like Conners to play really well in a big-time event.

Lucas Glover ($6,700) – I have to throw one guy in the $6000s in there for those really running low in the salary cap department. Lucas Glover is that guy this week. We may be getting an opportunity to buy low on Glover, as he missed the cut last week. He finished T-38th at the Memorial to stop a streak of four straight top-25 finishes. He’s 50th in driving accuracy this season and 27th in SG: Approach. He’s going to have to figure it out with the wedges and the putter, but if he plays from the short grass and stays true on approach, he’ll have a leg up on the rest of the field as they scramble around the course. Glover has a chance at a sneaky top-20 finish this week and that is a great ROI at this price point.