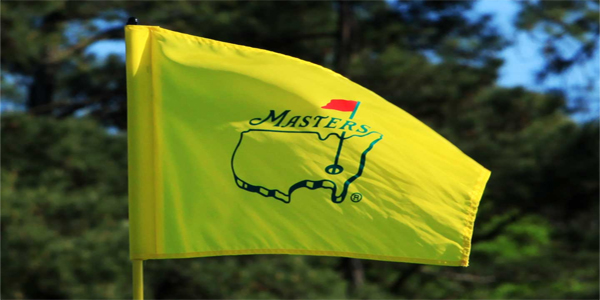 The Masters. It takes nothing more than saying the name to get fired up for the first golf major of the season. Augusta National’s iconic grounds will be in full bloom and a smattering of patrons will be on hand for the 2021 version of The Masters. The 2020 version was beautiful in its own way, but nothing beats Augusta in April and spectators munching on cheap pimiento cheese sandwiches.

Odds have been up for The Masters for a long time. Golf majors are posted well in advance to draw a variety of action and to always have something up in the golf section for these sportsbooks. With a rather weak field at the Valero Texas Open, we haven’t seen a whole lot of adjusted prices based on what happened in Texas.

We’ll take a look at those odds from BetOnline Sportsbook and see who sets up well for The Masters.

Because it is the Masters, we’ll go ahead and post the odds right away instead of waiting until the end.

Dustin Johnson has a short price of +850 to repeat as champion where he just won by five strokes in November. There wasn’t a whole lot of drama and DJ’s five-shot win was the most since Tiger won by 12 in 1997.

Bryson DeChambeau, whose style of play seems to fit well at Augusta, especially on some of the more difficult driving holes, is +1100 along with resurgent Jordan Spieth and Justin Thomas.

Jon Rahm is a pretty darn good player at +1400 if he can keep his emotions together. Rory McIlroy is +1800 with Patrick Cantlay and Xander Schauffele at +2200. Those are the only players under +3000, but it is quite a list of names the rest of the way.

My strategy is usually to find a player or two in that 30/1 to 50/1 corridor and see if I can find some good betting angles on those guys to perform well and have me in contention on Sunday.

What needs to be said about Augusta National that hasn’t already been said? We all know about Rae’s Creek and Amen Corner and Ike’s Pond and all of the other familiar elements of the plant nursery turned golf course. The greens are hard and fast. The pin placements are among the toughest on the PGA Tour.

DJ’s 20-under last year was the highest winning score ever. Pars are good scores on a lot of these holes, but you really need to maximize birdie opportunities. We’ve seen winning scores of 5-under, 1-over, single digits, double digits, it all depends on how the course plays.

This is a veritable who’s who of golf because only about 100 players get into The Masters every year. Some spots are taken up by guys that play simply because they’ve won before. For the most part, though, the best of the best are on hand. We won’t have Tiger because of injury, but just about every other golfer you can think of will be in this field.

It is a hard golf tournament to win and you have to outlast a lot of elite players to do, but we have seen strange things in the past.

BET ON THE MASTERS WITH A WELCOME BONUS AT BETONLINE

We’ve got plenty of course form data for The Masters. DJ has finished in the top 10 in five straight starts at Augusta. He missed the 2017 version when he slipped and fell down some stairs, otherwise it could very well be six in a row.

Rahm has a run of three straight top-10 finishes. Lee Westwood, who has been in outstanding form recently, has had quite a run since 2008. He has two runners-up, a third, seventh, eighth, 11th, and 18th out of those tournaments. He was T-38th last year.

Kuchar suffered his first MC at The Masters ever last year. He has four top-eight finishes and three additional top-25 finishes. Cameron Smith was fifth in 2018 and second, albeit five shots back, last year. Bubba Watson is a two-time winner that was also fifth in 2018 and 12th in 2019 before finishing 57th last year.

Xander Schauffele has been 17th and second in his last two starts. Tony Finau had a couple of top-10 finishes in 2018 and 2019 before a T-38 last year. Hideki Matsuyama has four top-15 finishes in six years.

Yeah, those are a lot of big names.

With an elite field, at least at the top, such as this one, you’ve got a lot of guys that are playing really well in stroke play events. DeChambeau recently won the Arnold Palmer Invitational. Thomas won the PLAYERS. Matt Jones won the Honda Classic. Collin Morikawa won the WGC-Workday Championship.

Lots of these guys are playing really, really well with some big tournaments having been completed in March.

I do like Paul Casey and Daniel Berger in the 40/1 range. Both guys have played well and are quality ball strikers. Bubba Watson is in decent form at 80/1 and his shot shape plays well at Augusta National. A lot of people do like Fitzpatrick’s game for The Masters at 55/1. He needs to prove he can win a big event first.

I’ll take Casey, Berger, and Bubba preflop and then see how things play out as the tournament goes along.

Coverage of The Masters is on ESPN on Thursday and Friday and CBS on Saturday and Sunday.