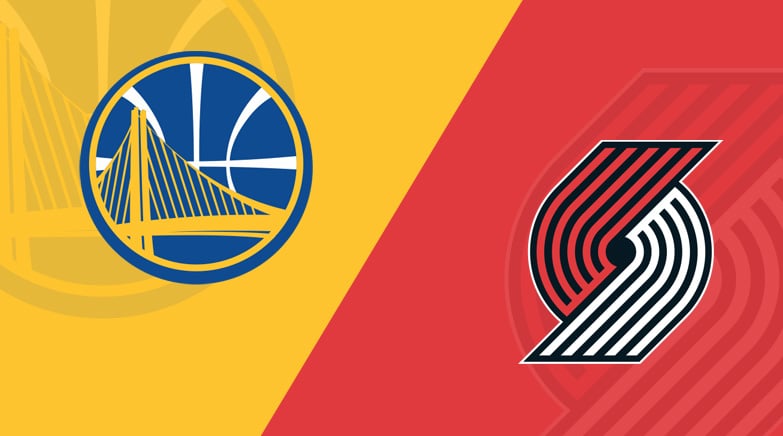 The second half of the 2021-22 NBA season tips off Thursday, February 24, so we’re taking a closer look at the Western Conference clash from Moda Center in Portland, Oregon, to get you the best Warriors vs. Trail Blazers betting pick and odds.

Golden State and Portland wrap up their three-game regular-season set, and the Warriors look to sweep the Trail Blazers for the first time since 2017. According to MyBookie Sportsbook, the Warriors are 9-point road favorites with a total of 223.5 points.

The Dubs dropped four of their last five games

The Golden State Warriors (42-17; 29-26-4 ATS) have been outstanding for most of the season. They entered the All-Star break as No. 2 seed in the Western Conference. However, the Dubs have struggled a bit lately, going 1-4 straight up and 0-5 ATS over their last five games.

Golden State is coming off a tough 117-116 defeat to the Denver Nuggets on February 16. The Warriors blew a 16-point second-half lead, allowing Nikola Jokic to dominate down the stretch and finish with a double-double of 35 points and 17 rebounds.

The Trail Blazers shoot for their fifth straight W

The Portland Trail Blazers (25-34; 25-34 ATS) have turned the corner since the trade deadline. They are rolling on a four-game winning streak following a 123-119 victory at Memphis on February 16, as the Trail Blazers stunned the Grizzlies as huge 12.5-point road underdogs.

Jusuf Nurkic tortured Memphis for 32 points, eight rebounds, and four assists, while Anfernee Simmons had 31 points and six dimes. The Trail Blazers enjoyed a nice shooting night, making 50.6% of their field goals and 40.6% of their 3-pointers (13-for-32).

Nurkic suffered a foot injury and will have to miss the next four weeks. That’s a massive blow for the resurrected Trail Blazers, who sit at the tenth spot of the Western Conference standings, a couple of games ahead of San Antonio. Keep your eyes on Anfernee Simmons. He’s averaged 23.0 points per game over his last 12 appearances.

The Warriors desperately need to get things going, and they shouldn’t have too many problems outlasting the short-handed Trail Blazers. However, covering a 9-point spread might be a problem, as the red-hot Trail Blazers will try their best to make this home game interesting to watch.

Both teams are thin in the frontcourt, so they’ll run a ton of small ball. The Trail Blazers will look to take advantage of the Warriors’ defense that has struggled over the last few weeks. On the other side, Portland has improved defensively. The Trail Blazers have allowed 110.1 points per 100 possessions in their last five games (11th in the NBA).

The totals look like a tricky wager, and the betting trends are not helping a lot. The over is 4-1 in Golden State’s last five outings, and it is 14-4 in the last 18 encounters between the Warriors and Trail Blazers at Moda Center. On the other hand, the under is 6-3 in Portland’s last nine games overall and 8-2 in its previous ten outings on the home court.

Both teams play at a steady pace. The Warriors average 98.6 possessions per 48 minutes (13th in the NBA), while the Trail Blazers register 97.9 (16th). The totals could easily go either way, and I’m backing the over only because both teams miss key defensive stoppers.