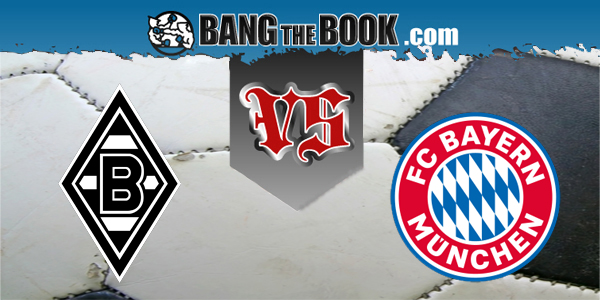 Yes, Bayern Munich is busy. The first-place team in German’s top tier of football (soccer, for you U.S. folk) competition got the winning goal from star marksman Robert Lewandowski in the 74th minute of play to record a 2-1 victory over Eintracht Frankfurt and earn a spot in the final of the German Cup, which it has won 19 times.

BetAnySports customers are well aware than Bayern has more or less wrapped up the Bundesliga title, but the Cup is something different; something more wide-open, in that it involves 64 teams – everyone from Bundesliga 1 and Bundesliga 2, in addition to four teams in Liga and representatives from 21 regional associations under the auspices of the German Football Association (the DFB).

The win gave Bayern just a little more revenge over Frankfurt, after a dreadful November 2 outing in which a 5-1 loss led to Nino Kovac’s ouster, with Hansi Flick taking over the coaching duties. They had also notched a 5-2 victory on May 23.

Lewandowski’s 45th goal for the team this season was a relatively quick response after Frankfurt’s Danny Da Costa scored against the great Manuel Neuer to tie things up.

The final game will be played against Bayer Leverkusen on July 4 in Berlin.

And meanwhile, there is another assignment for this weekend, as the “Reds” take on Borussia Mönchengladbach at home.

Here are the Bundesliga betting odds for Bayern Munich’s next appearance, scheduled for Saturday at 12:30 PM ET, as they are posted at BetAnySports:

The standings may seem a bit academic right now, with Bayern holding a seven-point lead over Dortmund and 14 over Monchengladbach, but the fact is that not only is there a third-place position still very much up for grabs, there is a tug of war for the fourth spot, which has an impact on future placing in the Champions League.

Monchengladbach trails RB Leipzig by three points, but they are tied with the same exact record as Leverkusen, who beat them on May 23, so fourth position is very much in doubt.

Borussia Verein für Leibesübungen 1900 e.V. Mönchengladbach is the official name of the club, but it’s known as Gladbach for short, which is a way we are all too happy to go. And one “foreigner” who won’t have to worry about how to pronounce it that much longer is Fabian Johnson, the U.S. national team member who has announced he’s leaving the club at the conclusion of the season. A mutual decision, according to Max Eberl, who is head of operations.

He’s not been of much utility to the squad, playing only six times in the Bundesliga season because of various injuries. People who follow German football may remember that Johnson had run-ins with former U.S. team coach Jurgen Klinsmann, who basically implied that Johnson kind of “dogged it” for fear of getting hurt.

Gladbach felt pretty good about themselves when they scored a decisive 4-1 victory over Union Berlin last week, but the follow-up was poor, as they generated little on offense and fell 1-0 to a Freiberg side that was coming into the match with anything BUT a head of steam.

In fifteen matches on the road, Gladbach has seven wins and five losses (three draws) and a goal differential of +6. Not bad, but Bayern has been a rough customer at home, with just two defeats in 15 games and a goal margin of +25.

So maybe it’s payback time? Gladbach won a 2-1 decision back in early December. And that was after Flick had started to turn Bayern’s fortunes around. We’ll look for a reversal here at -274.

Wager on all the great Bundesliga action at BetAnySports, where you have alternate lines to take advantage of, as well as Sports Betting Prime, where you can wager on the matches in progress……… Don’t forget that you’ve got five different casino options, including the Vegas Live Dealer and Lucky Live Dealer, providing a lot of real-time thrills………. Get your account opened by using a debit or credit card, person-to-person transfer or the virtual currency of Bitcoin, which is fast and easy with their automated system, and NEVER incurs a transaction fee!