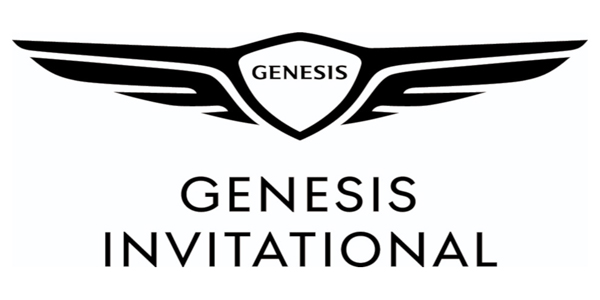 Big eagles from Brooks Koepka and Daniel Berger have decided the winner of the last two PGA Tour tournaments. What kind of drama do we get from this week’s Genesis Invitational?

The California swing continues this week with Riviera Country Club in the spotlight for the Genesis Invitational, which was the Genesis Open, Northern Trust Open, Nissan Open, and got its start as the Los Angeles Open. This tournament became an invitational event in 2020, so it has a smaller, more exclusive field of 120 players.

We’ll break this one down with the odds from MyBookie Sportsbook down below the body of the article as the players tee it up in L.A. in search of a big piece of the $9.3 million prize purse. The purse was bumped up considerably with the invitational status of the event.

We had a rash of opt-outs and withdrawals last week prior to Pebble Beach, but with big money on the board here and the invitational status of the tournament, a strong field is on hand. Without the Pro-Am component last week, a lot of players lost obligations to play with sponsors, investors, clients of their agencies, etc., so guys just wound up taking the week off.

This week, we see Dustin Johnson back in the field as the favorite. We see Bryson DeChambeau stateside for the first time since the Tournament of Champions. We see Collin Morikawa for the first time since Hawaii. Rory McIlroy, Jon Rahm, Justin Thomas, Xander Schauffele, and Viktor Hovland are also on hand. It is a very top-heavy event, but there are good players throughout the field.

Riviera Country Club is one of the most prestigious in the world with its close proximity to Sunset Boulevard and easy access for people with tremendous amounts of wealth. This course plays as a par 71 over 7,300 yards and is a bit of a tough track most years. Dating back to 2005, Dustin Johnson has the lowest winning score at 17-under. Charles Howell III fired a 16-under in 2007 and Steve Stricker did the same in 2010. We’ve also seen scores like 6-under, 7-under, and 11-under win this event.

Being locked in such an urban area, this is a pretty narrow course, where distance and accuracy can butt heads. You want to shorten a lot of these long par 4s, but don’t want to do it at the expense of an errant tee shot that winds up behind some trees or in some other hazard.

Most of the greens are protected by bunkers and hitting the narrower greens can be very tough. This is a precision players course, where strokes gained around the green and on the putting surfaces are very important.

GET A DEPOSIT BONUS AND BET GOLF AT MYBOOKIE SPORTSBOOK

Our cleverly-named Horse for Course section looks at guys that have had success at this event in the past. We have a ton of data because the Genesis Invitational has been played at Riviera every year since 1999.

Rory has finished fifth and fourth the last two years. He was 20th in 2018 and in 2016. Those are his only four starts here.

Matt Kuchar was second last year. He’s been in the top 30 in five straight years, including an eighth back in 2016. Hideki Matsuyama was fifth last year and ninth two years ago. He’s played six times with three top-10 finishes, an 11th, a 23rd, and a MC.

Among the short prices, Cantlay has to be the starting point. He’s in terrific current form and has played very well here. It makes sense. He’s currently 28th in SG: Putting and sixth in SG: Around the Green. Those are two really important skills at this even and he does really well with those. He’s a well-rounded player and a guy that has seen a little value added to his price because of guys like Rahm, Rory, DJ, JT, and DeChambeau in the field. He’s +1800 and a guy that will be on my card.

We don’t often see back-to-back event winners, but how can Daniel Berger be +2800 with the current form he’s in? Berger has 26 straight rounds of par or better. This may be square as hell, but Berger has to make it at +2800. He’s 15th in SG: Putting, so that’s not too shabby.

I may get to a point where I bet Will Zalatoris at 60/1 because he’s never going to be listed at those prices again if he wins an event. He’ll be in the 30/1 range or lower. Instead, I’m looking at Carlos Ortiz here at +7000. Ortiz has made the cut all four times here and was ninth two years ago. Ortiz was fourth two weeks ago at TPC Scottsdale and has been playing pretty darn well. The winner of the Houston Open has had some iron issues on approach, but has played well off the tee and then on or around the putting surfaces. Getting him at 70/1 is a good grab.

That’s about as far out as I’d be looking to go before the tournament here. There are way too many good players on a tough track to see a likely long shot.

ODDS FOR THE 2021 GENESIS INVITATIONAL FROM MYBOOKIE