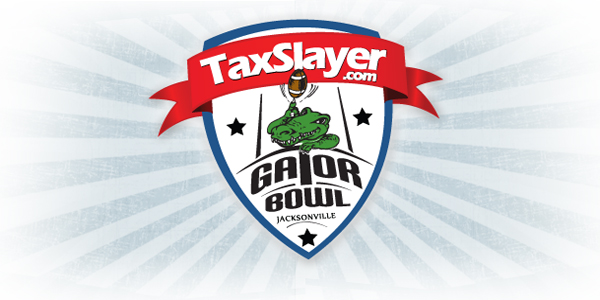 Four bowl games on Saturday January 2 begin with the TaxSlayer Gator Bowl between NC State and Kentucky. This won’t be a game that gets a whole lot of press or fanfare, as Kentucky comes into the game favored despite a losing record. NC State is 8-3, but there are a lot of skeptics about the profile for the Wolfpack.

BetOnline Sportsbook has Kentucky listed at -2.5 with a total of 49.5. The total has dropped from 52 to 49.5, so we’ve seen some noteworthy under money to this point, but with a lot more important and pressing bowl games and other stuff happening, we’ve likely seen a very small portion of the money we can expect to see on this game.

Nevertheless, we’ll take a look at the game, which doesn’t seem to be as affected by opt-outs as most, to kick off the January 2 slate of bowl games.

The key matchup in this game is pretty obvious between the Kentucky Wildcats and NC State Wolfpack. The Kentucky rush offense against the NC State run defense. Kentucky averaged 39 runs against 22 pass attempts per game this season and rushed for 4.8 yards per carry. The Wildcats were 4-6 straight up and against the spread, scoring only 21.7 points per game with that run-first offense.

It basically demands that the Wildcats play from in front. They didn’t do that in enough of their games and it made life very difficult. Despite some efficiency in the run game, it is still hard to move the ball in chunks, so Kentucky was 98th in yards per play on offense with 5.1. Chris Rodriguez Jr. wound up the leading rusher with 701 yards and nine of the team’s 17 rushing scores. Asim Rose Jr. ran for 5.5 yards on 94 tries, but only made two house calls.

Terry Wilson has one job in this offense – take care of the football. The dual-threat quarterback did complete 63% of his passes this season with only four interceptions in 179 attempts. He was sacked 10 times, but his mobility is an asset for a Kentucky team that really has to run the ball to be effective. Josh Ali caught 49 passes, but the next two leading yardage guys were tight ends and no other player caught more than 14 passes during the regular season.

Kentucky’s defense allowed 5.54 yards per play during the regular season. In four wins, the ‘Cats allowed 4.61 yards per play. In six losses, they allowed 6.26 yards per play. It is a pretty simple formula, really. The Cats have to play from in front to rely on the running game and to play keep away as much as possible.

Bailey Hockman has been the preferred option this season for Dave Doeren, though one could argue that Devin Leary is the better option. Hockman started the last several games for NC State and will be the guy in this one. Leary is still not ready to return from injury.

Hockman completed just shy of 64% of his passes with 12/8 TD/INT ratio. Leary completed 60% of his 110 attempts with an 8/2 ratio before getting injured. On the plus side, while neither player is a game-breaker, the Wolfpack have a lot of skill position talent once again. That includes running back Zonovan Knight, who had 5.6 yards per carry and nine of the 18 rushing scores for NC State.

This is an NC State offense that had 5.61 yards per play during the regular season. That was good for a +0.14 yards per play differential with a defense that allowed 5.47. Kentucky was on the minus side, which has probably kept this line down, even though there is a huge strength of schedule disparity between the two teams.

Per Sagarin, NC State played the 67th-ranked schedule. Kentucky played the 11th. Even though NC State won four more games, Sagarin has Kentucky ranked higher. Dave Doeren is 3-2 straight up and against the spread in bowl games. NC State missed one last season and got waxed by a ranked Texas A&M team two years ago.

NC State allowed 4.1 yards per carry on the ground. Kentucky wants to run the ball. They only averaged 124 passing yards per game during the regular season. That will be the matchup here. Can the NC State defense get a push and stuff the run?

Kentucky’s defense was gashed by teams like Alabama and Florida, just like most defenses around the country would be, but they played very well against comparable competition and we could put NC State in that boat. It is fair to wonder how invested both teams are with a long layoff and a bunch of practices to play what is essentially one more road game.

We’ll boil the handicap down to one simple stat. Kentucky is +7 in turnover margin and NC State is -3. Kentucky’s risk-averse offense maintains better control of the football. That would be enough to lean the Kentucky way. The four-point move on the total has already extracted some line value out of that bet.