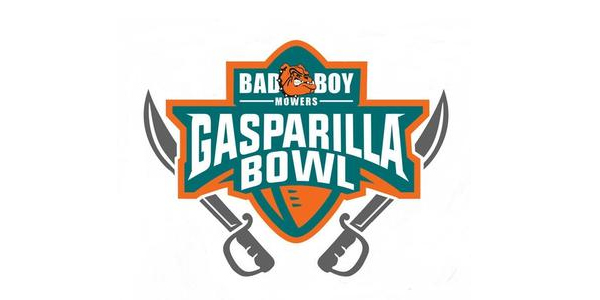 Those poor souls that have to go into the office on December 23 before the holidays will at least have a welcomed distraction on Monday afternoon. The Bad Boy Mowers Gasparilla Bowl is a 2:30 p.m. ET kickoff from Raymond James Stadium in Tampa, FL featuring the UCF Knights and the Marshall Thundering Herd. At its current number of 17.5, this game is tied for the second-highest spread in a bowl game. Nothing will ever match FAU vs. Akron in 2017, but this one could wind up second on the list.

You really do have to wonder about UCF’s motivation here, though. The Knights get to stay in the state and could be well-represented in Tampa, but 10 wins might be about the only thing the Knights have to play for. They went 9-3, losing to Pitt, Cincinnati, and Tulsa. All three of those games were on the road, but this is a team that wanted to win the AAC and have a shot at the Group of Five New Year’s Six bowl berth. Playing Marshall an hour and a half away from campus is not the same thing.

Remember, this is a UCF team that played LSU in the Fiesta Bowl last season and beat Auburn in the Peach Bowl two years ago. The bar is a lot higher than the Gasparilla Bowl. While UCF is the better team, motivation can often be an equalizer at this time of year and it sure seems like UCF won’t have a lot of it. Marshall didn’t even play in the Conference USA Championship Game.

Of course, motivation is an intangible. You can’t quantify it. On stats alone, this game is a huge mismatch. UCF was ninth in yards per play with 6.86. Marshall tied for 69th with 5.82. The UCF defense ranked seventh in yards per play allowed with 4.52. A YPP differential of 2.34 yards is among the highest in the country. Marshall’s defense allowed 5.35 yards per play. A difference of 0.47 YPP is roughly average.

Statistically, this is every bit of a mismatch. UCF QB Dillon Gabriel threw his seven interceptions at really key times, but the freshman had 27 touchdown passes and completed 59.4% of his throws. UCF had a balanced ground game that managed 5.1 yards per carry. Gabriel Davis led the Knights with 1,241 receiving yards and Tre Nixon was also a big play threat with 16.5 yards per reception.

The biggest difference for UCF this season was regression in the turnover department. The Knights were +31 in turnover margin over the previous two seasons. They were +2 this season with only 16 takeaways.

Marshall brings an unbalanced offense to the Gasparilla Bowl. Brenden Knox led the team with 1,284 yards on 244 carries. The second-leading rusher, Sheldon Evans, had 375 yards. Isaiah Green had 313 of the 330 pass attempts and only threw for 2,265 yards with a 14/9 TD/INT ratio. Tight end Armani Levias had 43 catches, 19 more than anybody else on the team. The second-leading receiver was fellow tight end Xavier Gaines.

When you look at Marshall, it’s hard to see how this team won eight games. The Herd were 5-0 in games decided by five or fewer points. They played well at Boise State in Week 2, but weren’t really tested a ton aside from that, as the Herd played the 107th-ranked schedule. UCF, meanwhile, played the 79th-ranked schedule.

You have to give Marshall head coach Doc Holliday a lot of credit, though. This is his niche. His MO. Marshall is never the most talented team, but more often than not, Marshall goes to a bowl game and has a solid record. He is a potential X-factor in this game. His kids will be coached up and ready. It’s not often that Marshall draws a higher-profile bowl game opponent. As a program, Marshall is 12-2 in bowl games and Holliday is 6-0 straight up. This is the second straight Gasparilla Bowl appearance for Marshall, which may be a downer, but getting a crack at a team like UCF should push those feelings aside.

Despite the statistical mismatch, Marshall is the side in this one. We have a true outlier of a bowl game line and we have a head coach that always gets the most out of his team. I have real questions as to whether or not Josh Heupel can get the same from his team. This is not where the Knights wanted to be, not who they wanted to play, and they surely didn’t want a pre-Christmas bowl game.

As far as the total of 61.5 in this one, the lean would be to the over. Marshall has played some higher-scoring bowl games on Holliday’s watch and UCF plays with a lot of tempo. Typically unmotivated teams struggle on the defensive side because they aren’t as focused on film study and preparation.