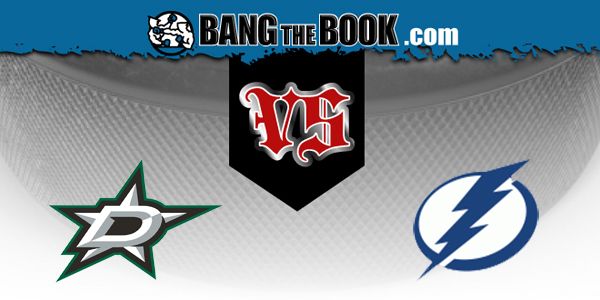 Was it shocking that the Dallas Stars were able to defeat the Tampa Bay Lightning in Game 1 of the Stanley Cup final? Perhaps not. But the WAY they beat them was, in some ways, remarkable. And it has to require a little soul-searching on the part of the Bolts, who were about as close to an offensive machine as there was in the NHL but managed just a single goal against a netminder who has suddenly gone from journeyman to pseudo-superstar. BetAnySports customers can see Game 2 at 8 PM ET on Monday, taking place at Rogers Place in Edmonton, inside the NHL’s own version of the “bubble.”

There won’t be any fans in attendance, although you can hear plenty of fake crowd noise on the NBC telecast. What’s important is that you’ll get to use reduced juice to give you better odds, then Sports Betting Prime to keep making wagers once the puck is dropped.

It comes down to something very simple – Anton Khudobin was not letting anything by if he could help it, guarding the Dallas net with his life. He turned away 35 of 36 shots on goal, and after a moribund first couple of periods, Tampa Bay turned up the volume on the pressure, with 22 shots to almost nothing on the part of the Stars. So needless to say, he didn’t get a break.

You already know the Khudobin story, don’t you? After being around, with different organizations, for 14 years, he finally gets a chance to step up to the big stage. And even if you’re a Lightning fan, you have to admit that he has been brilliant, posting a .950 save percentage in the finals of the Western Conference and even better than that on Saturday night. He’s had no choice but to be ready for action, since Ben Bishop, a former Tampa Bay goaltender, can’t be.

Looking at the Stanley Cup betting odds posted at BetAnySports, the Lightning are favored to bounce back:

It is now an even proposition (-110 each) for the series price.

Dallas’ other storybook guy, Joel Kiviranta, continued his interesting post-season with a goal in the second period of Game 1. It wasn’t the game-winer, but when Dallas could not penetrate Khudobin in the third period, the 3-1 deficit forced them to pull goalie Andrei Vasilevskiy, and that ultimately led to an empty net goal.

Maybe the Lightning needs its own bit of magic. Will they get a Willis Reed-type story (if you’re not old enough to remember, don’t mind)? Steven Stamkos has been sitting out with injuries since February 25. He’s skated in practice, but isn’t ready to play a full complement of shifts. However, there’s one place he could probably help. Tampa Bay have converted just one out of its last 19 power play tries. And Stamkos, who scored 29 goals in 57 games before going down, is someone who might be a big help there. Dallas coach Rick Bowness, who knows him very well from his days as a Tampa Bay assistant, says of Stamkos, “He changes the whole look on the power play.”

And aside from that, he’s the captain of the team. Couldn’t he provide an emotional lift?

Lightning coach Jon Cooper isn’t really counting on it. And more to the point, he says the team isn’t going to push him. He cites a limitation on roster spots where it doesn’t make sense to suit someone up just to play a “specialized position,” even if it is one that can make such a difference as a power play that has faltered in the last seven games. But he is hopeful that Stamkos can come back before the end of the series.

Hockey fans in the Sunshine State are hoping that “end” doesn’t come sooner or later. I don’t think it will. Yes, I have been waiting for the clock to strike twelve on Khudobin’s Cinderella act, but even if that doesn’t completely happen, I have to stay faithful to the Bolts’ depth on the offensive end and look for Vasilevskiy (who had allowed two goals or less in eight of nine games going into this series opener) to bounce back. He’s too good not to. Yes, we’ll go with the favorite.

BetAnySports has a host of options for wagering on Stanley Cup action, and don’t forget that you’ll get reduced juice for better odds……. Sports Betting Prime allows for real-time wagering, and you can make deposits for your account using a debit card, credit card, person-to-person transfers or the virtual currency of Bitcoin, which is fast and easy with their automated system and NEVER incurs a transaction fee!