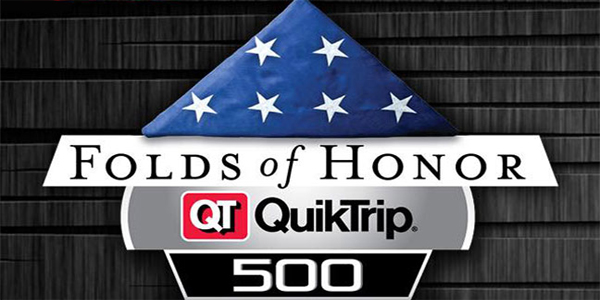 It has been a big week for the haulers. The drivers that keep the NASCAR Cup Series going and on schedule had a long trek to make this week from Phoenix to Atlanta, as the drivers settle in for the Folds of Honor QuikTrip 500 at the Atlanta Motor Speedway in Hampton, Georgia.

This is a big one for the drivers because this is the last 1.5-mile track until May 2 at Kansas and then the Coca-Cola 600 at Charlotte on May 30. In between, we’ll see a dirt track race at Bristol and then a couple of short tracks before a stop at Talladega.

We’ll break this one down for you with odds from BetOnline Sportsbook. Check out this week’s 5% Bitcoin Boost that runs through March 21.

As you would expect on a 1.5-mile track and, well, on just about any track, the usual suspects are up at the top. Martin Truex Jr. won last week at Phoenix and he’s getting some preferential treatment on the betting board with a short number. Denny Hamlin is still in search of his first win, but he’s got four top-five finishes so far. Brad Keselowski and Joey Logano have also run well and are up near the top of the list as well.

Kevin Harvick seems to have some issues right now. He has two top-five finishes and always gets respect on tracks like this, but he hasn’t run particularly well so far.

Where The Players Play

Atlanta Motor Speedway is actually in the suburb of Hampton, Georgia, about 28 miles south of downtown Atlanta. The date of this race has been changed a lot and this March 21 running will be just the third time the race has been held in March. It just happened to fall on March 1 back in 2015 and then fell on March 5 in 2017.

That is important to consider because environmental factors will dictate the tire wear. This race was run in June last year because of the pandemic and the teams had to make adjustments to the tires and the cars in the summer heat. It will be more seasonable and a lot more normal this time around.

Interestingly, Atlanta is back on the schedule twice this year. The drivers will be back for the Quaker State 400, which was taken from Kentucky Speedway on July 11. Atlanta hasn’t been a twice-a-year stop since 2010.

Five races, five race winners. Michael McDowell, Christopher Bell, William Byron, Kyle Larson, and Martin Truex Jr. have taken down checkered flags to this point. Denny Hamlin is the points leader, however, with 235. Hamlin’s 76 stage points are 24 more than Brad Keselowski, who sits second with 197 points. Joey Logano is third with 192 points. Truex is fourth with his win and 180 points. Larson rounds out the top five with 179 in a tie with Chase Elliott.

Harvick, Bell, Byron, and Kurt Busch fill out the rest of the top 10. Noticeably absent is Kyle Busch, who sits just 15th in points. He was third at Las Vegas two weeks ago, but has only one other top-10 finish otherwise.

Nobody’s situation is dire at this point in time, but it is interesting to see Ryan Blaney down in 13th with his struggles. He did win Stage 1 at Phoenix to score 10 important points before finishing 10th.

Last year’s Folds of Honor QuikTrip 500 ran on June 7 on the 1.54-mile loop. Truex won the first two stages, as Kyle Busch ran second in the first stage and third in the second stage. Blaney was second for Stage 2. Hamlin ran fourth in each stage.

Ultimately, it was Harvick that won, but Kyle Busch and Truex accumulated more points in the race. It was really the closest that Busch had come to a win in a while. Blaney ran a strong fifth. The other Penske teammates, Keselowski and Logano, were ninth and 10th. The three Joe Gibbs Racing cars finished second, third, and fifth.

There were 21 lead changes with nine drivers involved and only five cautions that covered 24 laps. Even though this race is usually pretty clean, it is a long race, regularly running three hours and 30 minutes or more.

Who has done well at Atlanta Motor Speedway? Well, the names you would expect. Kevin Harvick has 15 top-10 finishes out of 18 lead lap finishes. His three wins are tied for the most with Kurt Busch. Harvick has nine top-five finishes out of 30 races. Busch has seven. This has actually been one of his best tracks.

Brother Kyle has a couple of wins and six total top-five finishes in 22 races. For being a 1.5-mile track, it is interesting to see how spread out the average finishing positions are. Of drivers with at least 10 races, Kyle is the best in 13.9th place. Keselowski only has 12 races here, but has two wins and eight top-10 finishes.

Brad Keselowski is the top pick this week. We’re not getting any great value on him, but he’s had an excellent car this season and runs very, very well at Atlanta. Fords have won four in a row here. I think +700 is a good bet.

Kurt Busch seems to have the racing line down pat here. He hasn’t won in his last 10, but he’s consistently been up there. At a double-digit price, he isn’t a bad look this week at +2200.

I will say, if Harvick can’t get it together this week at a track where he has pretty much dominated as far as laps led goes, there are some big, major issues with his team and his car. That merits watching in my opinion.

In terms of matchups, along with Kurt Busch, I’d look at Blaney over some of his competitors. Those weren’t posted at time of writing, but Blaney’s had a couple solid runs over the last two weeks and his team may be figuring things out.